Why did so few rock musicians in the 70s and 80s have short hair?

It sure wasn’t because long hair is so easy to take care of! Men in the rock music world grew their hair long in those decades and others for the reason male rock musicians do almost everything they do that doesn’t seem to be practical: They did it because of the way women responded! 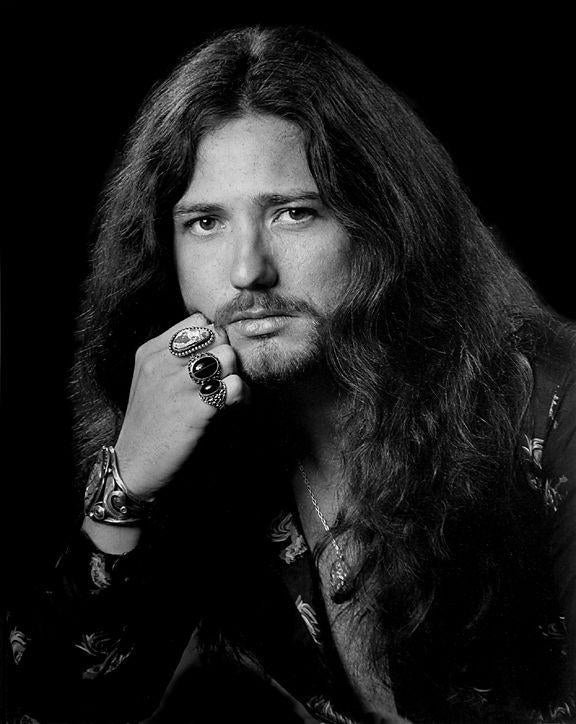 David Coverdale was the lead singer of Deep Purple before they disbanded and he went on to form Whitesnake.

Most young rock musicians when they first start to get famous are interested in two things: How many times a week can I party and how often can I get laid?

There’s also the integrity of the music and that usually becomes more important with age and maturity. When you consider that typically bands get signed when they’re very young, it’s not surprising their priorities are what they are.

When someone brings up the “R-word”, they typically want nothing to do with it. That “R-word” is responsibility.

Someone will bring up the idea that now that they’re rock stars, millions of young people are going to follow their every move and listen to their every word. They usually say: I never signed up for that! 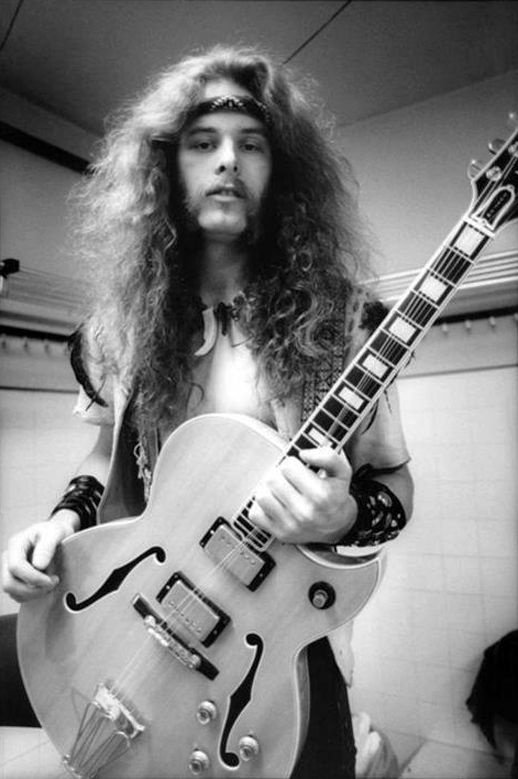 Sometimes when a young man becomes a rock star, he’ll be mature enough to avoid the self-destructive path of illicit drug use. For them, the adulation of their female fans gives them a natural high.

In the 80s, the style changed. I happen to like the 70s aesthetic the best. I think it’s more genuine and more natural.

You can judge for yourself. Here’s David Coverdale again, this time from the 80s: 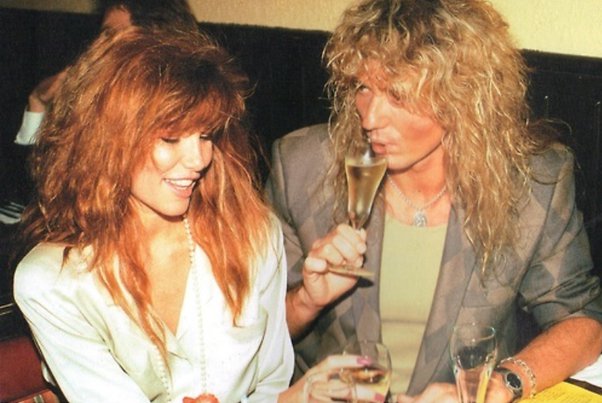 Women like Tawny Kitaen were the motivation for 80s rock stars to push that glam image to the limit.

It doesn’t matter how excessive you might think their hairstyles were; they succeeded in doing what they were intended to do: to grab attention, especially female attention and in a highly positive way. 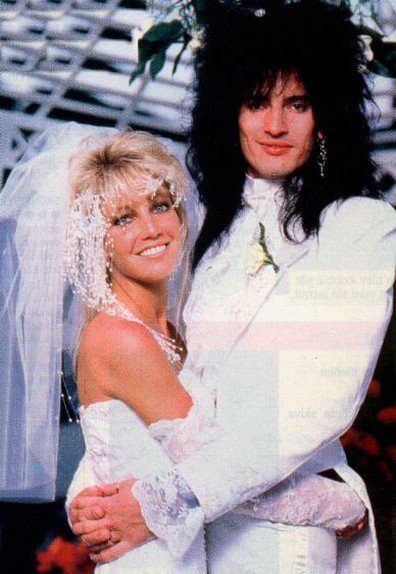 Tommy Lee decided to look the way he did for a good reason. He married one of the hottest female TV actresses of the era: Heather Locklear.

Now, I’m not saying she married him for the way his hair looked because that would be ridiculous. What that look did for him is it helped him grab attention; it helped him be noticed. It helped him become a star. The kind of star that a female star the magnitude of Heather Locklear might notice.

Some people will complain it’s shallow. It might be! I didn’t invent the idea that women happened to respond very positively to rock musicians with long hair. It’s just the way it was and to a somewhat lesser degree, still is.

It might seem like a dream come true to have gotten a major record label contract in the 1970s or 1980s and I would tend to agree with that idea, but for a lot of guys it was just too much, too soon.

When guys in their late teens or early twenties suddenly get to where they are making a great income, to where everybody wants them to show up at their parties and they get that incredible amount of adulation, it’s something they’re not ready to handle in a mature responsible way. It gets to where people will eagerly give these young men anything they want, whether it’s fancy cars, cocaine or Eskimo pies. All they have to do is ask.

Nobody will say no to them.

That’s why the rock music industry has had so many casualties. It is a big part of the reason why there is a “27 Club.” When you’re 22 years old and you can have absolutely anything you want and nobody will dare to say: “I don’t think that’s a good idea”, it leads to some really bad things happening.

It’s part of stardom and it happens right across the board to young stars in the entertainment industry. That includes pro sports. Once you attach that word “pro” to a sport and you are charging money for tickets, you are in the entertainment business. If the people weren’t entertained they wouldn’t come back, would they?

Stardom can be an awesome thing but my advice to anyone fortunate enough to attain it when they’re still relatively young is to navigate slowly. You’re very fortunate to be that one in a hundred thousand or maybe even that one in a million. Yes, you worked for it, but most people who fully dedicate themselves to doing whatever it takes to achieve the same thing still don’t make it.

It’s impossible for everyone who dedicates themselves entirely to becoming a star in the entertainment business to actually accomplish that goal. There’s only a little bit of room at the top. 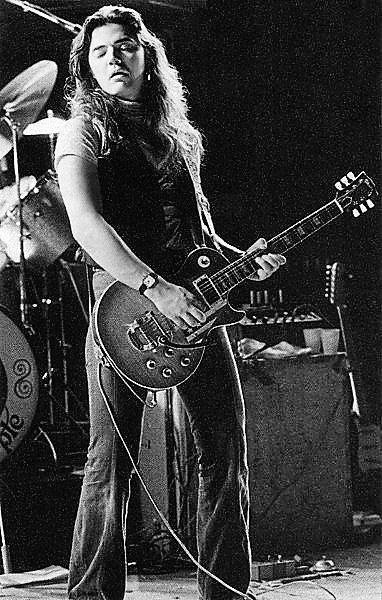 Navigate slowly because there’s always somebody waiting for you to fall so they can take your spot at the top. All of our actions have consequences and sometimes those consequences are eternal.

Failure Removes Music From Spotify: ‘A Scam For Artists’