From what I can see on the net, Jimi never answered this question directly. He was ambidextrous. His father really wanted him to play right-handed. His father gave him his first 2 guitars: a Supro Ozark and then a Danelectro. He flipped both over and played them upside down. 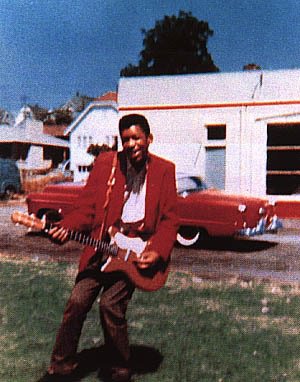 It is speculated when he got his first guitar, lefty guitars were not available.

So why did he keep playing his right-hand Strats? He certainly could afford to buy a left-handed guitar.

It may be that he liked the sound. The mics on the pickups are designed for the normal string sequence. By flipping the strings, his bass strings sound sharper and his treble sounds more mellow. Likewise, the action changes significantly. Because of the differing length of strings, the treble strings can bend more.

Here are a couple of nice articles on how stringing a fender upside down really changes the guitar.

What made Jimi Hendrix stand out as a guitarist?
Tagged as Authors Cool music Music News Singer