When he retired from James Brown he settled in his hometown of Madison, Wisconsin and continued playing drums in his local band The Clyde Stubblefield Band. He passed in 2017 at only 73. Another great drummer left us too early.

One of the earliest ‘funk’ drummers, his drum patterns are used a lot in modern hip hop songs.

Here is the fantastic Clyde Stubblefield and James Brown doing Funky Drummer in the video below. Great beat to learn. 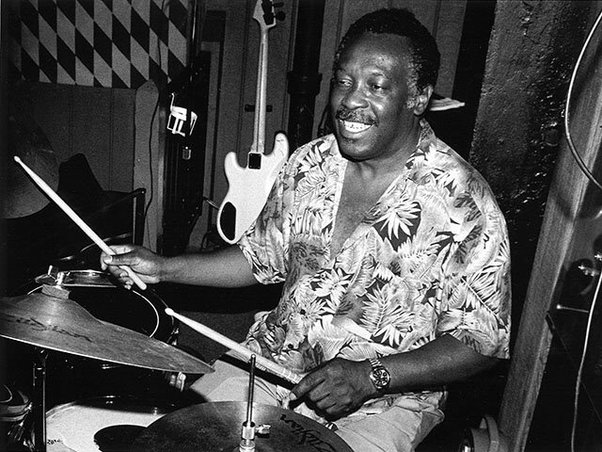 16ths on the hi-hat with some beautiful barks and great hits on the snare with tasty ghost notes. Now THAT’S funk drumming at its finest.