Who is the most underrated band of all time? 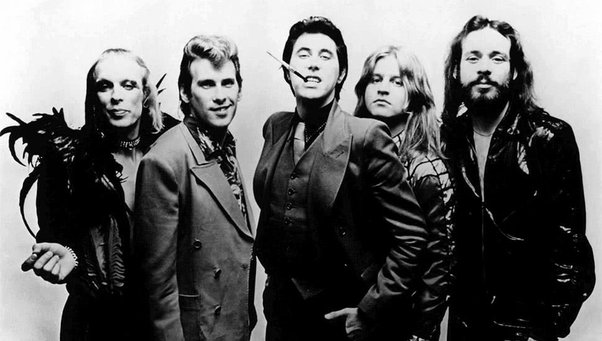 Roxy Music has for some time now been reserved to underground cult status by fans and for good reason.

The most underrated bands of all time are bands that should stay underrated as they had surpassed the commercial bullshit even at the peak of their fame. Bryan Ferry was not just the lead singer in his Roxy music days but a curator of an exquisite timeless image.

Frequently named as one of the best-dressed men of the late-20th century, Ferry managed to blend music and style seamlessly.

Aside from the use of some songs in avant-garde art films e.g lost in translation; Roxy music remains hugely underrated. it is surprising how few young people seem to know they have listened to the band.

Despite how versatile each album and song could be the band always kept the same effortlessly suave image they were known for. It would not be a proper endorsement of Roxy Music if I were not to ask you to listen to firstly ‘More than this’ and secondly ‘Avalon’ (a personal favourite) but I am currently enjoying ‘in every dream home a heartache which I believe I have heard in Peaky Blinders and Mindhunter.