By Mr. Testtubehead: –
Which rock or pop star suffered the worst demise? 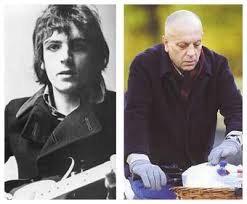 Syd Barrett of Pink Floyd because his death took decades from schizophrenia. He became so unhinged that he would sit in performances strumming the same guitar chord the entire set he was fired without knowing and they would try to keep the gig secret from him.

Which musician that was invited to play on someone else’s album made an impactful contribution?

He would still occasionally wander into gigs years after he’d been let go from the band thinking he was going to play with them it was very sad especially in Roger Waters who had been a friend of his leaving to the song wish you were here.

They were all shocked when he showed up as a bald fat middle-aged man one day in the studio a set of his recordings was released as an album called opel it reminds me of the last recording of Lenny Bruce just too defeated meandering zoned out person. Very sad prolonged end