Which musician’s addiction lead to the decline of their musicianship and eventually got them fired from their notable band? 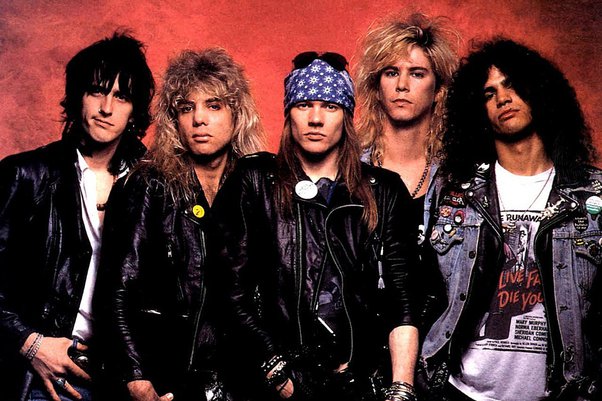 In July 1987, Guns N’ Roses released its debut album, Appetite for Destruction, which to date has sold over 28 million copies worldwide, 18 million of which were in the United States, making it the best-selling debut album of all time in the US. In December, during a tour with Alice Cooper, an intoxicated Adler broke his hand when he punched a streetlight after a barroom brawl; Fred Coury of Cinderella was brought in as his substitute for several shows until he recovered.

Adler was again absent during a performance at the American Music Awards in January 1989; Don Henley filled in for him on drums. His absence was originally attributed to a case of the flu, but it was later revealed that Adler had been in a drug rehabilitation program at the time.

Adler was briefly fired from the band over his drug use in early 1990, but he was reinstated after signing a contract in which he vowed to stop taking drugs. However, by the time the band entered the studio to record the song “Civil War”, his addiction had become so severe that he was unable to perform. By Adler’s own admission, he tried to play the song “20, maybe 30 times.” The song’s drum track had to be heavily edited just for his bandmates to be able to play along with it.

It all went downhill from there. Guns N’ Roses opened Farm Aid IV with “Civil War,” one of the centrepieces of the in-progress Use Your Illusion records, a problematic choice given that Adler had reportedly never played it with the full band (and was also rumoured to have had an incredibly difficult time tracking his parts in the studio).

Adler accused the band of setting him up for Farm Aid failure, writing in his My Appetite for Destruction memoir that “They weren’t cluing me into new songs or even telling me what they were playing.”

“If his playing had been fine, I don’t think anyone would have cared what he was doing to himself – at least I wouldn’t have,” Slash later claimed in Slash: The Autobiography. “We weren’t really concerned for Steven’s health as much as we were pissed off that his addiction was handicapping his performance and therefore the rest of us.”

Not that Adler was necessarily playing with a full deck anyway. In his memoir, guitarist Slash wrote that their Farm Aid IV set started with Adler taking a clumsy running leap toward his drum kit, landing nowhere near his target: “Steven took a run-up to the drum riser, which is a pretty big platform that’s hard to miss, and took flight. I assume he was planning on the landing next to his kit, but his depth perception and reflexes were clearly impaired, so he ended up landing about four feet short.”

Steven Adler played his final show with the band on April 7 at Farm Aid IV and was formally fired from Guns N’ Roses on July 11, 1990.