Few writing partnerships can boast a 50-year relationship. In fact, few partnerships, in general, have lasted as long as the relationship between The Rolling Stones singer Mick Jagger and guitar gunslinger Keith Richards. Their time together in one of the biggest bands the world has ever seen may be well documented but the singer and guitarist, who together wrote some of the Stones’ most longstanding songs, have been friends for far longer than you might imagine. 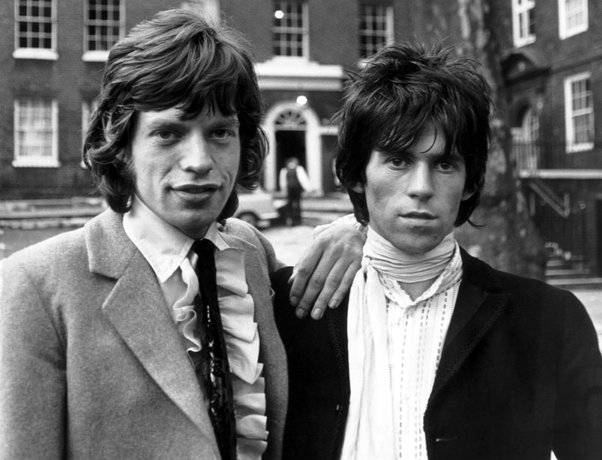 The story of the Rolling Stones begins with an encounter between its foundational pieces, Mick Jagger and Keith Richards, at a train station in Dartford, England, in October 1961.

This wasn’t the pair’s initial introduction, as the two grew up in Dartford and attended grammar school together, but they had since lost touch.

“We lived one street away; his mother knew my mother, and we were at primary school together from [ages] 7 to 11,” said Jagger. “We used to play together, and we weren’t the closest friends, but we were friends.”

At the train station, with Jagger off to the London School of Economics and Richards on his way to Sidcup Art College, the old friends got to talking, particularly about the collection of blues and R&B records under Jagger’s arm.

Jagger shared, “This is a true story – we met at the train station. And I had these rhythm & blues records, which were very prized possessions because they weren’t available in England then. And he said, ‘Oh, yeah, these are really interesting. That kind of did it. That’s how it started, really.”

Both had been influenced by the exciting sounds drifting from across the Atlantic to their radios, according to The Rolling Stones: A Musical Biography. Jagger, with his talent for mimicry, had already developed a unique singing style. And Richards, who hailed from a musical family and once sang in a church choir, was rapidly gaining ground with his guitar. 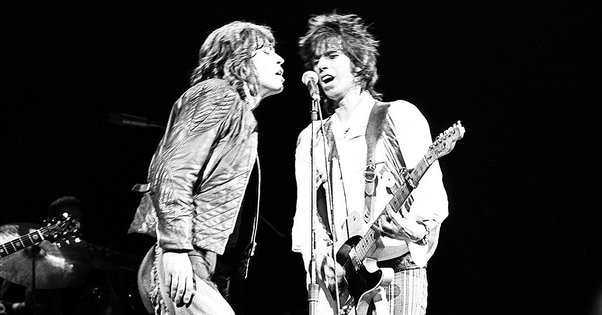 On June 7, 1963, the Stones released their debut single, a cover of Chuck Berry’s “Come On.” With their own acclaimed compositions soon to come, as well as lineup changes but never the tandem of Jagger-Richards, The Stones were on their way to set the rock ‘n’ roll standard with their string of unforgettable hits and staggering longevity. 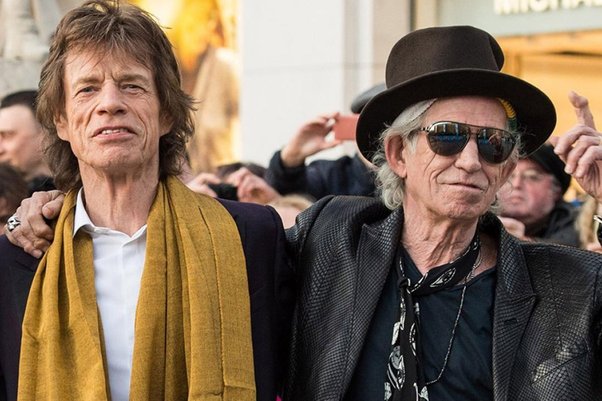