Really can’t say it ended but then Richie Sambora left in 2013 and seems to be being a partner and parent, not sure tbh. I know JBJ has a restaurant he works at with his wife where no one is turned away no prices on the menu pay a $20 donation to cover a meal and someone else. So I am not a huge fan as much as I am an admirer. As the 80s disappeared in the rearview mirror so did about 94% of the bands. Some went through a zillion members until one was left playing until the very end of théir existence. But these guys were kinda amazing.

Did Peter Gabriel leave Genesis on good terms with his former bandmates?

Not only did they keep it alive they were damn good at it my opinion. I remember in the 90s they had a hit album after all the others mind you and that one kinda caught my attention. Then later I heard they had a country album and that did well too. Back in 2008, they were the top-selling act on tour beating out Maddona, The Police even the Jonas Brothers every show was sold out for that tour and it grossed in the billions that’s what I remember like I said not a big fan. But since Richies has gone its kind of like the end of the actual lineup cuz they kept their lineup pretty solid more than most bands actually, didn’t have any deaths no drug problems John’s happily married to his high school sweetheart so I don’t know if I was in his shoes I’d be pretty damn happy and content.

Besides Neil Peart and John Bonham, who would be next in line for the best drummer ever?

He’s not out saying it’s a farewell tour over and over like a lot of bands do either. The one thing I noticed about these guys through the years was that they were always smiling. Had a lot of number-one singles lot of success I heard an interview one time John said don’t bore us get to the chorus was the approach. Great stuff… Awards following I didn’t know they won all these until I researched it. As follows …

Bon Jovi has released 16 studio albums, They have sold more than 130 million records worldwide, making them one of the best selling American bands and performed more than 2,700 concerts in over 50 countries for more than 34 million fans. Bon Jovi was inducted into the UK Rock and Roll Hall of Fame in 2006, and into the US RnR hall of fame in 2018. The band received the Award of Merit at the American Music Awards in 2004, and Jon Bon Jovi and Richie Sambora were inducted into the Songwriters Hall Of Fame in 2009. Not too shabby. 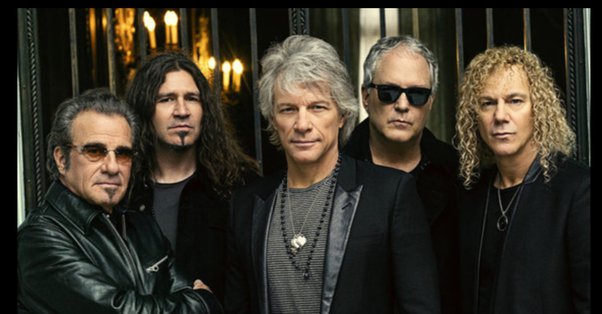 Which American band is considered to be the most commercially successful answer to The Beatles?

Why does no one today create music comparable to the likes of Led Zeppelin, The Eagles, Pink Floyd and Queen?