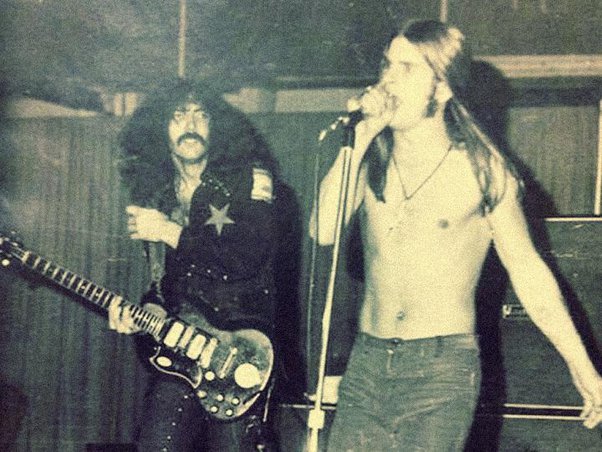 John “Ozzy” Osbourne was invited to join the band that became Black Sabbath because he had his own PA system. Guitarist Tony Iommi was looking for a singer for his new band, and saw a flyer in the local music shop that said:

Tony knew Ozzy from school, and strongly disliked him. In fact, Tony used to bully him in school and generally thought he was a useless twerp. Tony thought it couldn’t possibly be the same Ozzy – Ozzy Osbourne was no singer, and where would a family as poor as the Osbournes get the money to buy a PA system, anyway? Where would anyone in that section of Birmingham get the money for that?! That was a very expensive piece of musical equipment relatively speaking.

As it turns out, it was the same Ozzy, and his father had, incredibly, spent a small fortune to finance the purchase of a PA system for his non-musician, ne’er do well son John. This is pretty outlandish since the Osbourne family was indeed poor, and John was just one of many siblings. Why the elder Mr Osbourne decided to go into serious hock to buy Ozzy a PA is a mystery to this day, even to Ozzy.

However, there it was. A singer with his own PA? Tony couldn’t say no at that point and overcame his dislike of Ozzy to invite both him and Ozzy’s friend Terry “Geezer” Butler to join his nascent band. And the rest is history.