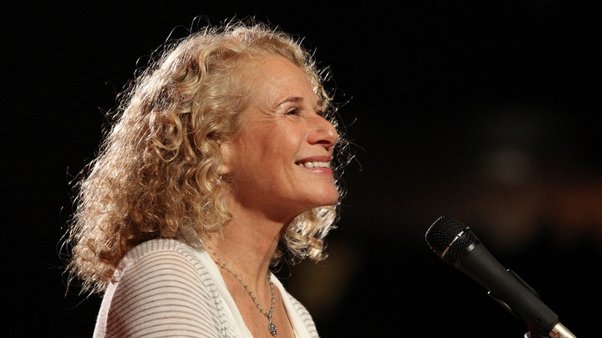 When she was a teenager, and still attending James Madison high school in Brooklyn, New York, Carole King was already selling songs to publishing companies throughout the city, while writing songs for her band Co-Sines and making demo albums with her schoolmate Paul Simon. By the 1960s, King met her soon-to-be husband and co-writer Gerry Goffin at Queens College and went on to write some of the biggest hits throughout the 1960s, ’70s and a career spanning more than six decades.

King’s hit songs for other artists even bypass the enormity of her 1971 solo album Tapestry and hit “You’ve Got a Friend,” “I Feel the Earth Move,” “So Far Away,” and “It’s Too Late.”

Tapestry received four Grammy Awards in 1972, including Album of the Year.

She has won four Grammy Awards and was inducted into the Songwriters Hall of Fame. She has been inducted twice into the Rock and Roll Hall of Fame, as a performer and songwriter. She is the recipient of the 2013 Library of Congress Gershwin Prize for Popular Song, the first woman to be so honoured.

Kicking off the 1960s, King earned her first No. 1 hit as a songwriter with The Shirelles’ hit “Will You Still Love Me Tomorrow”. King later composed Aretha Franklin’s 1967 hit “(You Make Me Feel Like) A Natural Woman” along with Goffin and producer Jerry Wexler.

Throughout the 1960s, alone, King wrote smash after smash hit cross-genre, from doo-wop and pop, R&B, soul and rock—and even a few songs The Beatles wanted to cover (“Take Good Care of My Baby,” “Chains”). 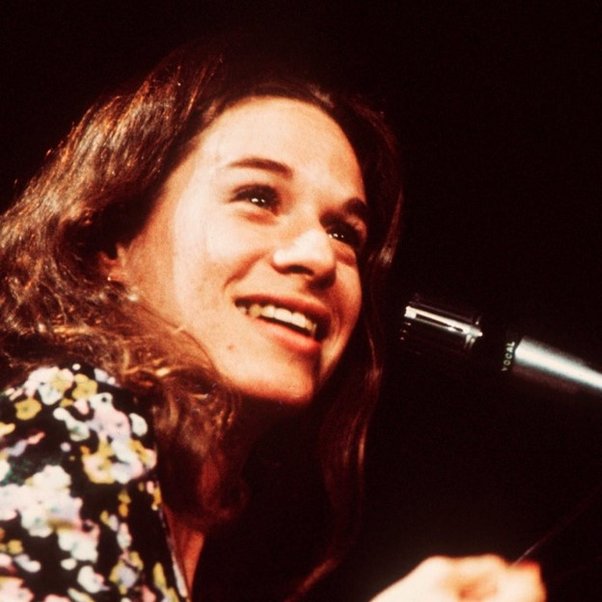 • “I’m Into Something Good,” Herman’s Hermits (1964) was No. 1 in the UK and even entered the U.S. charts at No. 42. King revealed that the song was inspired by The Beach Boys’ Brian Wilson. “I make no bones about it,” said King. “That song was influenced by Brian’s music”

• “Oh No Not My Baby,” Maxine Brown (1964) Covered by everyone from Cher to Aretha Franklin, Linda Rondstadt, and Dusty Springfield. In 1964, the reached No. 24 on the pop chart for R&B singer Maxine Brown

• “Pleasant Valley Sunday” Peaked at No. 3 for The Monkees

• The Carpenters recorded King’s “It’s Going to Take Some Time” in 1972, it reached number 12 on the Billboard charts

• Linda Ronstadt recorded a new version of “Oh No Not My Baby” in 1993, reaching number 35 on the AC Chart the next year

• Celine Dion recorded King’s song “The Reason” on her 1997 album Let’s Talk About Love with Carole King singing backup. The remake was certified by Diamond in France.

• “Where You Lead” became the title song of the TV show Gilmore Girls.

10 Songs You Didn’t Know Carole King Wrote for Other Artists in the ’60s – American Songwriter
Born a songwriter, when she was a teenager, and still attending James Madison high school in Brooklyn, New York, Carole King was already selling songs to publishing companies throughout the city, while writing songs for her band Co-Sines and making demo albums with her schoolmate Paul Simon. By the 1960s, King met her soon-to-be husband […] More
https://americansongwriter.com/10-songs-you-didnt-know-carole-king-wrote-for-other-artists-in-the-60s/
Tagged as Cool music Music News Singer

How good of a songwriter was Paul McCartney?