Ask a teenager who is into the classic rock to name the biggest performers of the Nineteen-Seventies. They’ll tell you names like Queen, David Bowie, Led Zeppelin, and Pink Floyd. Ask them “What about the Bay City Rollers?,” and they’ll answer: “Who?”

In the Nineteen-Seventies, if you like popular music, you couldn’t escape the Bay City Rollers. From 1974 to 1977, they dominated the music scene, selling an alleged 120 million records. Yet you hear little about them today. It’s as if they’ve been erased from the collective memory.

Rollermania replicated the Beatlemania of the Nineteen-Sixties. Many, however, felt the Rollers’ success was undeserved. As with all bands popular with young teenage females though, their success waned as their fans got older. 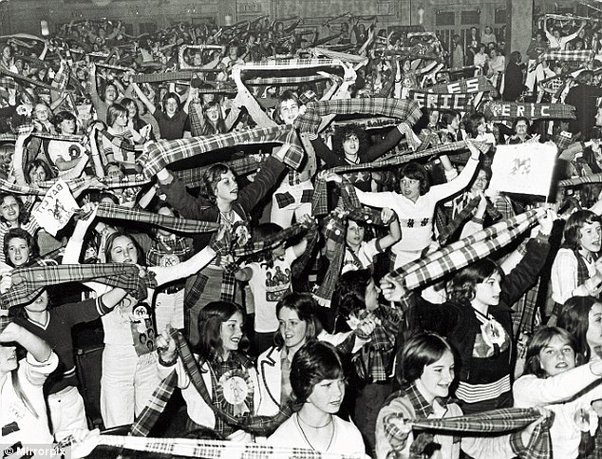 If you were female and under 14 in 1977, the Bay City Rollers were your world. No one else wanted anything to do with them.

Time has not been kind to the Bay City Rollers. Unlike their predecessors, the Monkees, and their successors ABBA, the Bay City Rollers have not been declared pop geniuses. Classic rock fans have by and large spurned them. They are largely remembered today as an embarrassment. If they are ever mentioned at all in a documentary, it’s usually for laughs.

The Bay City Rollers’ record contract with Arista expired in 1981. Although this was the official end of the band, after 1981 versions of the Rollers continued to record and tour.

Eventually, nostalgia rescued the Bay City Rollers from obscurity. They appeared at the Punk and Disorderly 2010 festival, on the same bill with legends Stiff Little Fingers, Cockney Rejects, and Anti-Nowhere League. The ‘dag’ movement in Australia, which brought back faded performers and trends from the Nineteen-Seventies and Nineteen-Eighties, encouraged some to go to thrift shops in search of Bay City Rollers vinyl and memorabilia.

The Bay City Rollers saw little of the estimated £5 billion generated by their record sales and merchandising. Reportedly the nostalgia circuit enabled the Bay City Rollers to live the comfortable lives that their negligent and criminal management denied them before death eventually claimed the main members. 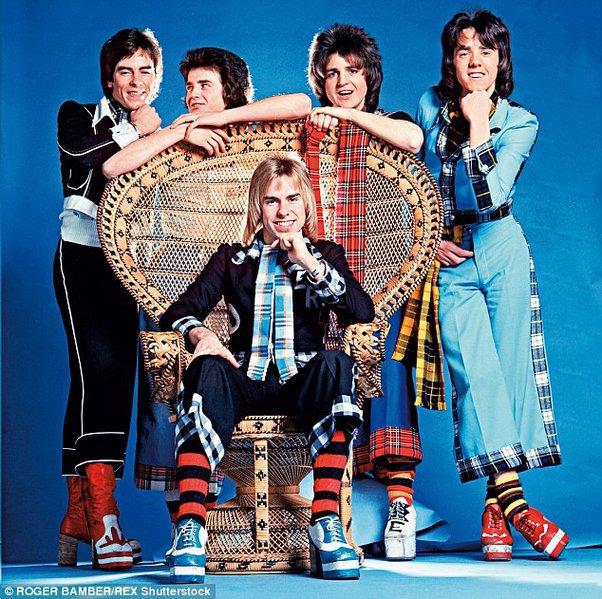 You either hated them or loved them … the Bay City Rollers at the height of Rollermania. At least the Ramones admitted they liked them.