Eric Clapton’s biggest claim to fame is his guitar playing in the 60s. He was one of the early, highly influential rock guitarists who was heavily, heavily into the blues and it shows in his playing. 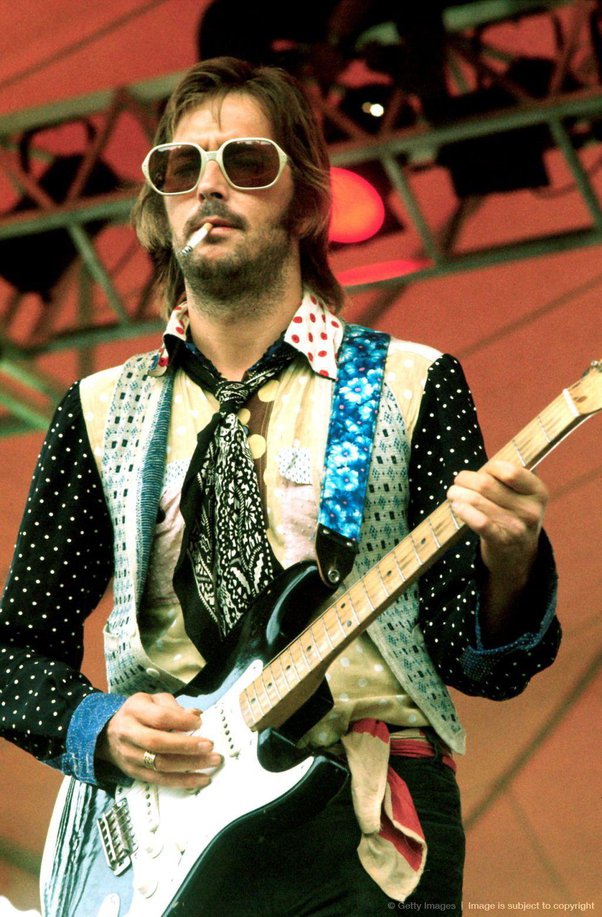 If you’ve just heard Wonderful Tonight or Forever Man or some of the other songs from later in his career, I can understand wondering what all the hype was about. Let’s face it: Eric Clapton does not have one of the amazing singing voices in rock. His strength was in his guitar playing in the early and mid-60s when fans use to say “Clapton Is God.”

Even I Shot The Sheriff…I just don’t see what’s so great about it. It’s kind of a cool reggae/rock/pop song with very ordinary vocals. Eric Clapton is a legend though and he has been coasting on his legend reputation for most of his career.

Eric Clapton is a very talented guy. If you go to a concert of his, you’ll hear guitar playing that will impress you. You’ll hear his singing too.

There’s nothing wrong with his singing but it’s just so ordinary. If Eric Clapton could have remained a guitar hero first and foremost instead of trying to record more pop/rock hits, he would have!

The competition just got too good and Eric was too wrapped up in his favourite substance to keep up with the demands of remaining one of the rock music world’s states of the art guitar players. He even played a song about that substance that was written by J.J. Cale:

Believe every word he sings here. This is one song where his voice is compelling (along with Tears In Heaven) and it’s because that perfectly gruff voice knows exactly what it’s talking about. Eric should know. He spent enough money on it! His voice is perfect for this song and it’s a classic guitar riff. What a groove!

In the 70s he pioneered cocaine abuse.

Cocaine exacted a price though. I don’t know anyone who has used coke heavily and not paid some form of heavy, heavy price. Before cocaine, Clapton was virtually untouchable on guitar. Guitar solos like the ones on Crossroads and Layla and White Room are the guitar solos that make legends.

Then Eric heard Jimi Hendrix and found out he wasn’t the hottest guitarist around anymore. He never would be again and I think that hurt him. 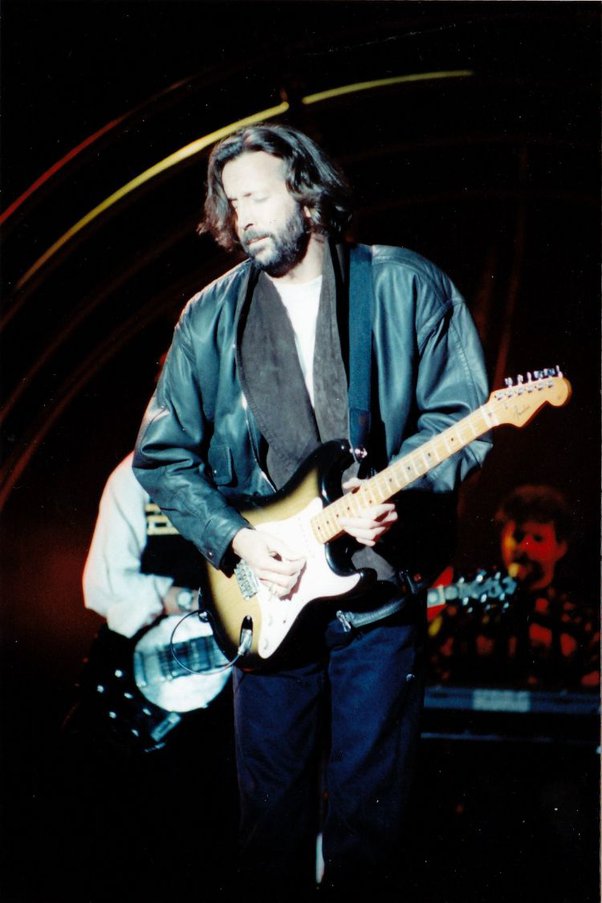 Anybody who rises to that level in an ultra-competitive field has an ego and that’s a good thing! You’d better have an ego if you aspire to that level because otherwise you just won’t make it. If you don’t believe in yourself 110%, why should anyone else?

Eric dedicated himself to his guitar playing. I mean dedicated!

The story is that he simply locked himself in a room for a few years and when he came back out, he was the best rock guitarist on the planet. It makes a nice story, but I think it’s a bit of an exaggeration. It might not be too far off from the truth though.

He worked incredibly hard. He studied the blues greats and created his own style in the process. The records he made with Cream were so ahead of their time, it was like he was playing in his own league. There was Eric Clapton and then there was everyone else. Therefore…Clapton Is God.

When Hendrix came along and outshined Eric, I think that was a heavy blow for Eric to take. He was used to being considered the best of the best. Don’t misunderstand me; he’s still a very talented guitarist. He just wasn’t state of the art anymore.

Music is like sports in at least one aspect. No matter how great you are, eventually, someone better is going to come along. 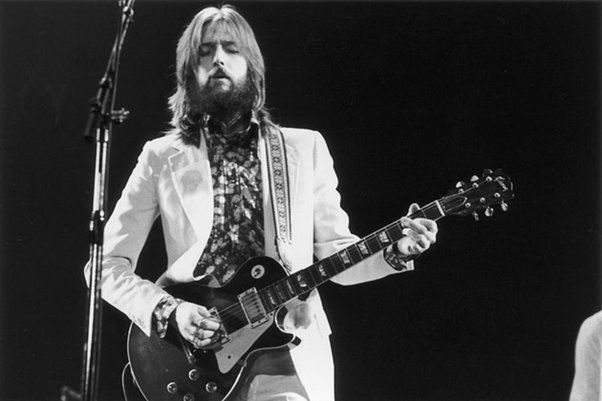 While Eric’s ego was recovering from the thumping it got when he heard Jimi Hendrix play a right-handed guitar backwards and make sounds with it that shouldn’t have been able to come from that instrument…or this planet…it was humbling, to say the least.

While other guitarists learned from Jimi and tried to see if they could meet the bar that had been raised in electric rock guitar, Eric was putting ungodly amounts of powder up his nose. He was no longer trying to remain competitive and keep up with the new state of the art for rock guitar.

Instead, Clapton decided that he’d concentrate on writing songs that appeared to more of the middle of the road crowd than to the crowd that appreciated guitar virtuosity. That middle of the road crowd is a lot bigger and as a result, he made a ton of money with his less guitar intensive style that focused more on writing songs that appeared to a more mainstream audience.

Whether Clapton no longer had the drive to keep up with the state of the art guitarists, to keep up with those who were re-setting the bar for rock guitar playing or whether he tried and couldn’t do it, I don’t know. If he doesn’t at least say he tried to remain a cutting edge guitarist, I’d take that not with a grain of salt but with a 5-pound bag of salt.

Again, it’s the ego that drives a man to practice for 10 or 12 or 14 hours a day. It’s a drive to be the very best. The wish to be the very best never entirely goes away but sometimes the requisite drive does go away and cocaine is infamous for taking away drive. It takes away tenacity. Cocaine leads people to settle for less….far less than they would have ever considered acceptable previously.

Eric Clapton has still had a tremendous career. He may have coasted on his 60s reputation but how many people have a period of time when they were considered to be the very best there is in a field as competitive as rock guitar playing? 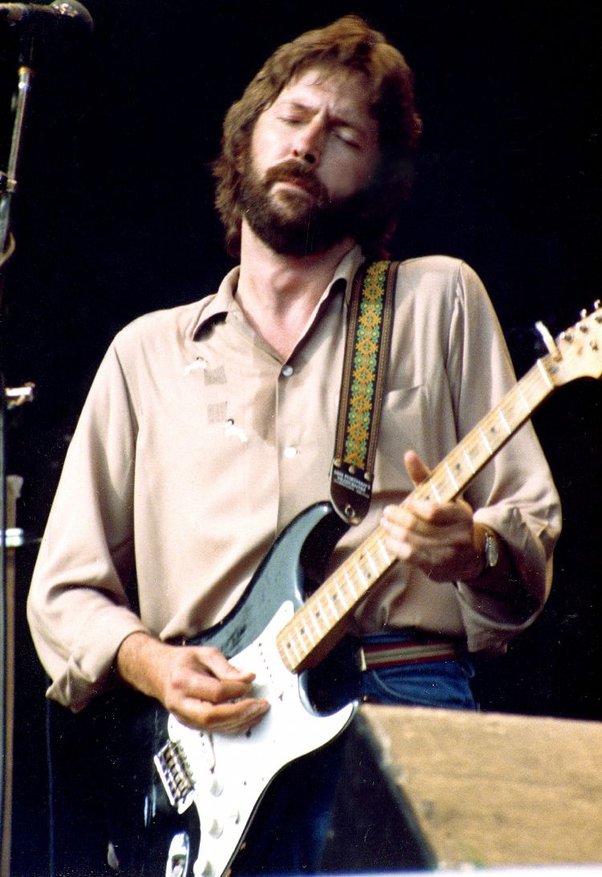 For a while, Eric got to see what it felt like to be the very best at what he did. When it went away, I can only surmise he thought to himself: That felt pretty good! Where can I get about ten refills of that feeling?

That’s the type of thing that leads to cocaine addiction. Where else are you gonna get that rush and get it anytime you feel like it? It’s no secret what that leads to. It really sucks when you want to stop but you can’t.

Anyone can make a bad decision. Anyone can fall. It’s just that when you are where Clapton was in the mid-60s, that is one hell of a high place from which to fall. It’s to his credit that he eventually addressed his problem and he whipped it. He got off of cocaine and considering the amounts he was using, it must have been ungodly hard to do, but he did it and I respect him for that. 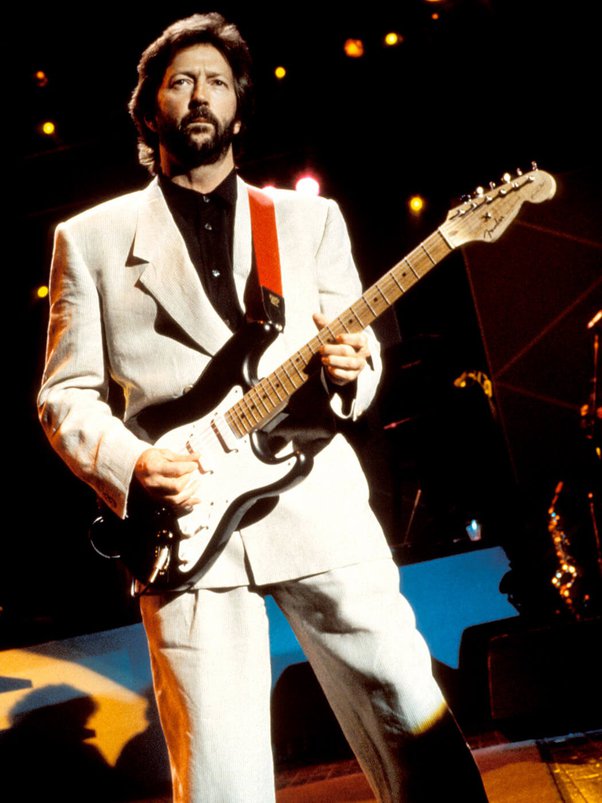 We all get knocked down by life. The legends get knocked down just like the rest of us and from some pretty damn high places! Then they get right back up again, they dust themselves off, equipped with the knowledge that now they’re a little more experienced, a little more aware of their own strengths and limitations and a little more ready to take on the world once again!