What is special about Brian May’s guitar?

Its a unique design that May built himself with his dad (an electrical engineer) as a teenager.

With its 24 frets including “zero fret”, a complex six-switch in/out phase three-pickup system, and low friction roller tremolo bridge, it was way ahead of its time for its creation in 1963.

Those kinds of features can be found on electric guitars now, but there was really nothing exactly like it out there then, and that was part of the point of building this.

Probably the single most special thing about it is that it was involved in the creation of so much of the iconic music of Queen.

IE, in the hands of anyone else, we’d probably never have heard of this guitar. 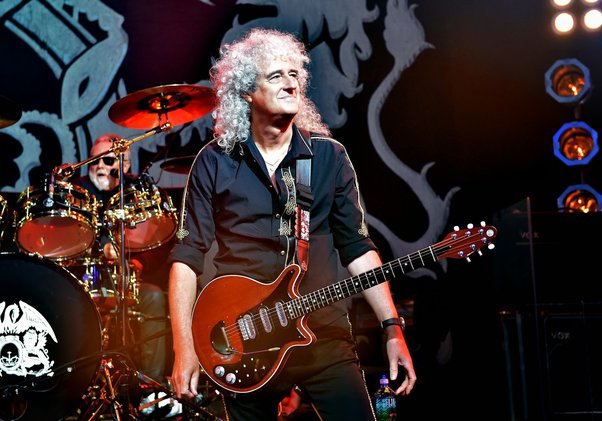 BTW, all that said, even though May did great work with this, this guitar is not for everyone. The scale length on it is only 24 inches, which is much shorter than a typical Fender or Gibson guitar and shorter than many will prefer. The switching system is really complicated (May has a PhD in Astrophysics!) and the trem system is also a bit idiosyncratic.

Why did so few rock musicians in the 70s and 80s have short hair?

Great guitar for HIM, which is why he’s been playing it for nearly 60 years!