It depends on the market but by 1975 Pink Floyd had cemented their earlier commercial breakthrough in the U.S. and continued their elevated success in the U.K. & elsewhere. 1973’s Dark Side of the Moon, was a U.S. # 1 and an album that would take up residency in the UK Charts. Wish You Where Here was another epic seller in 1975. Probably the most successful band in the 70s apart from Led Zeppelin? 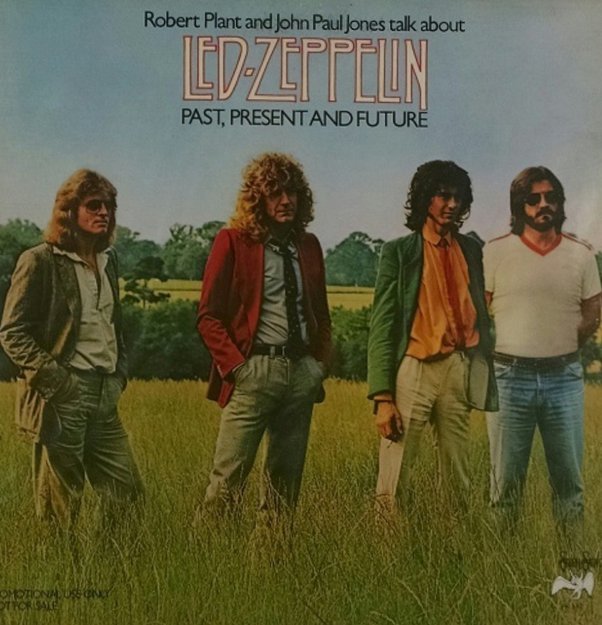 The Eagles had their first U.S. #1 in 1975 but 1976 would see both Hotel California and Greatest Hits shift huge quantities. Couldn’t have happened to nicer guys **cough**.

Fleetwood Mac was another epic selling act in the 1970s with Rumours still one of the best selling albums of all time and by no means their only unit shifter.

On the pop front, ABBA and the Bee Gees sold huge quantities of records but in the 70s, rock still sold more records than pop or even pop-rock.

Black Sabbath and Deep Purple, while popular & commercially successful in the early 70s, were far outsold by Led Zeppelin. The Who certainly filled stadiums too and would rival them for many as a live act but again not as popular as Led Zeppelin by any means saleswise. By 1976 Fleetwood Mac & the Eagles were certainly becoming more popular as Led Zeppelin’s sales somewhat waned in the late 70s (& only relative to their success before). And despite their odd funk moment, LZ would also have been far more popular in the school disco rather than competing in the Glitterball Discos with Abba, the Bee Gees & Chic. Elton John is the only “70s Act” that would eventually outsell LZ so maybe band wise only Pink Floyd truly rivalled them commercially without surpassing them throughout the 70s.