What bands had all members lead vocalists, like Moby Grape?

Formed in 1971 in Los Angeles, Ca. The Eagles would go on to be one of the biggest selling acts in entertainment, period. And still going strong in the new millennia too. The original lineup of Bernie Leadon and Glen Frey on guitars, with Don Henley & Randy Meisner on drums and bass, featured four lead vocalists and four songwriters. 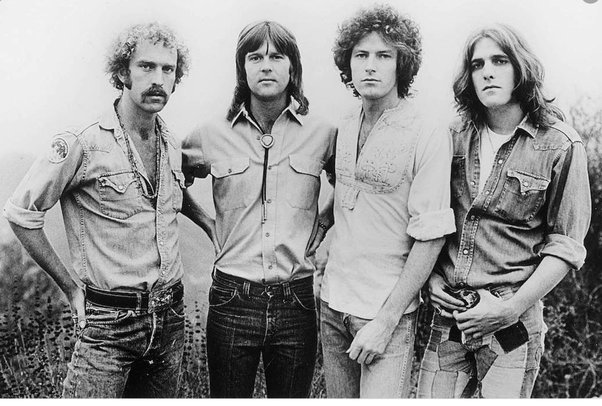 Enough has been written about the group to fill an encyclopedia so I’ll leave it at this. The original Eagles (with Leadon & Meisner) were the closest thing there has ever been to a vocal democracy there has ever been, with all band members singing lead on multiple songs per record.

Pretty cool eh? I think they’ll be successful. I saw the early lineup in 1972 opening for Ten Years After! And that was when TYA was riding the wave of their performance in the movie Woodstock. The arena was sold out! I didn’t know who they were, and they appeared so casual in their blue jeans and tees. The band definitely appeared nervous, with constant chattering between songs and very anxious looks amongst each other. The audience response was ‘polite’.

It wasn’t until they played Peaceful Easy Feeling that the crowd gave them a big solid ovation. That’s when I knew it was The Eagles. It would be the first of four times seeing the group. And they all sang lead that night.