In 1963, an American kid named Dan Peek was living in London with his family. Dan wasn’t a happy boy. Years later, after he’d become famous, he wrote, “I was always a melancholy, lonely person.”

One day in 1966, he heard a Beatles song that reached into his lonely heart. Its lyrics and music had an “overwhelming” effect on him. It was so powerful, he felt “lacerated” by its “picture…of the masses of lost humanity, drowning in grey oblivion.”

The family moved back to the United States, and Dan met a woman named Catherine. They fell in love and were married in 1973. Dan finally “felt like he’d won”. His new wife shared his love of music and they wrote a song together.

They wanted to give hope to everyone who felt lost, like the people in the Beatles’ song.

Dan finally had an answer to the questions that had haunted him since the day he’d first heard them:

All the lonely people, where do they all come from?

All the lonely people, where do they all belong?

And never take you down or never give you up
You never know until you try.

The next year, Dan and his band, America, we’re looking for a new sound. They asked George Martin, who’d produced all the Beatles’ albums if he’d produce their next record.

George met with the band in L.A. and they hit it off right away. Martin thought they’d do a better job at the studio he’d built in London, AIR Studios, so off they went to England. George asked Geoff Emerick, his engineer for Rubber Soul, Revolver, and Abbey Road, to be the sound engineer.

The first album they made together was called Holiday. Its two singles, “Tin Man” and “Lonely People” went to #4 and #5 in the US.

America and George Martin at AIR Studios in London 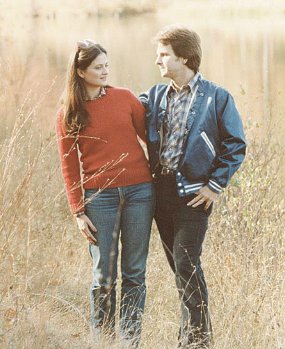 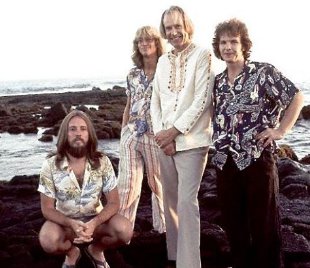