What are some funny stories about the Beatles?

The Beatles had wanted to set up a commune. 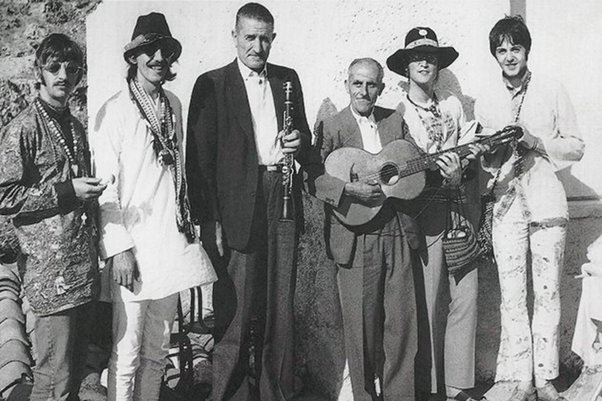 It was July 23, 1967, when the Beatles travelled to Greece and almost bought a Greek Island.

It was after their stay in India studying meditation with the Maharishi.

In 1967, the Beatles conceived a half-baked idea to purchase an island off the coast of Athens, Greece for the purpose of starting a utopian society for their friends and families. They actually took a yacht to explore the island.

Lennon was really into the idea. He said, “They’ve tried everything else. Wars, nationalism, fascism, communism, capitalism, nastiness, religion – none of it works. So why not this?”

They came to their senses and scrapped the idea of a place with no possessions.

Paul later explained, “Drugs was probably the main reason for getting some island, and then all the other community things that were around then… it was drug-induced ambition, we’d just be sitting around: ‘Wouldn’t it be great? The lapping water, sunshine, we’d be playing. We’d get a studio there. Well, it’s possible these days with mobiles and…’ We had lots of ideas like that.”

Which American band is considered to be the most commercially successful answer to The Beatles?
Tagged as Music News

What is the most over hated band?