By My Bohemian Life:-
Was Steven Tyler always the lead singer of Aerosmith? 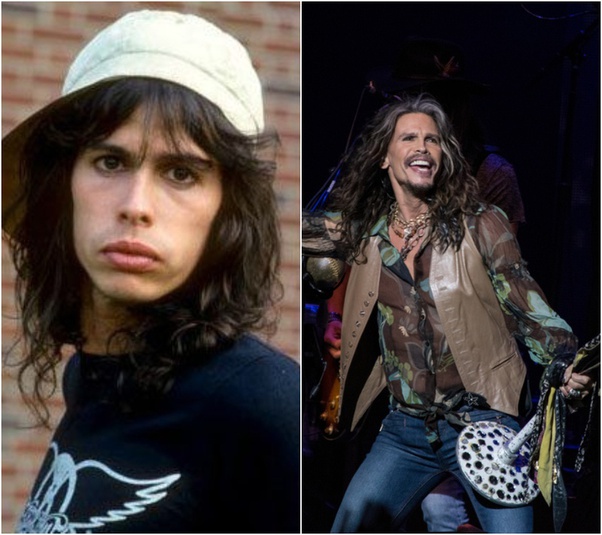 In 1970, two bands, Chain Reaction and Jam Band played at the same gig. Tyler immediately loved Jam Band’s sound and wanted to combine the two bands. In October 1970, the bands met up again and considered the proposition. Tyler, who had been a drummer and backup singer in Chain Reaction, adamantly refused to play drums in this new band, insisting that he would take part only if he could be the frontman and lead vocalist. The others agreed, and a new band was formed. The band moved into a home together at 1325 Commonwealth Avenue in Boston, where they wrote and rehearsed music together and relaxed in between shows.

Aerosmith was formed in 1971, and Tyler was the lead vocalist from then on. Why shouldn’t he stay? Aerosmith is one of the best selling American rock bands of all time.

In 2019, a European tour was announced, due to take place through the summer of 2020 following the completion of their Las Vegas dates, but the shows were cancelled in the wake of the pandemic, as was a 50th Anniversary show at Boston’s Fenway Park, originally planned for September 2020. The European dates were initially rescheduled for the summer of 2021 but were later moved again to summer 2022 due to the ongoing pandemic.

In an August 2020 interview with Steve Gorman, on his radio show Steve Gorman Rocks, Brad Whitford was asked what the future of Aerosmith looked like. His response was “I don’t really know what they want to do. And, I don’t really care because, um, truthfully, I’m not interested anymore”, citing ongoing dysfunction within the band.

He expressed similar concerns in an interview with Joe Bonamassa on his ‘Live From Nerdville’ podcast in June 2021. Brad shared his thoughts about how the CoVid outbreak would affect touring plans for Aerosmith, and musicians in general, whilst acknowledging his & his bandmates current ages. Stating, “I mean, I have my doubts about Aerosmith ever really performing again at this stage, because age is becoming a real factor. It is what it is.”