Chuck Berry started off playing the blues. And he was good. Growing up as he did with the influence of country music and R&B, he developed a style which was just as much a cornerstone of rock & roll as boogie-woogie piano. 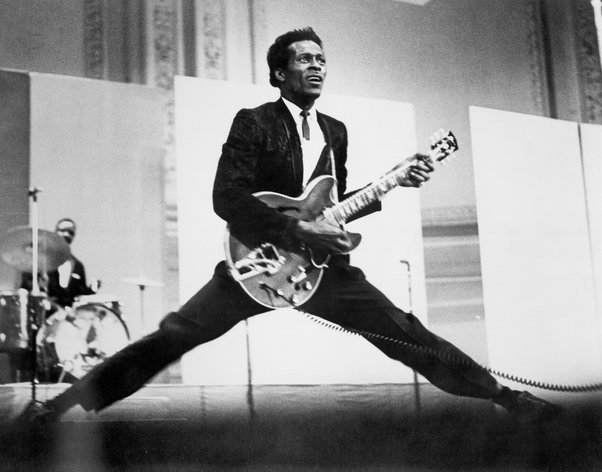 Because his fame and fortune were wrapped up in songs like “Maybelline” and “Johnny B. Goode”, we’ll never know how versatile he was in other directions, or how good he was as an improviser/soloist

What’s undeniable is his influence on the major players who came after him in the 1960s: The Beatles, The Beach Boys, The Rolling Stones, Creedence Clearwater Revival — the list goes on.