How did the Doobie Brothers go from such a rock ‘n roll sound early on to such a smoother, bluesy sound over the course of the 1970s? 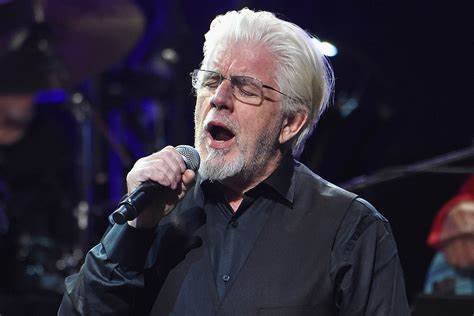 Michael McDonald was initially a temporary replacement for lead singer Tom Johnston. Johnston became ill during a national tour in 1975, but both the band and the fans really loved McDonald’s silky smooth voice so he stayed in the group.

He took the Doobies in a more jazzy and soulful direction that interestingly enough gained them new fans without really alienating the old fans.

I got to see him perform live a few years back and he’s a killer keyboard player. He’s collaborated with Steely Dan (you’ve got to be GOOD to work with Fagan and Becker) as well as Kenny Loggins and Christopher Cross. McDonald’s is almost single-handedly made Yacht Rock cool. He’s also had a very successful solo career. “I Keep Forgetting” is one of my all-time favourite songs.

After he left, the Doobies returned to their rocking blues roots, but Michael McDonald brought the Doobie Brothers from just another Blues Rock band of the ’70s into one of the most successful bands of all time.

EDIT: I think that, while fans of the harder rocking early days of the Doobie Brothers have a point in terms of leaving their rock roots, all you need to do is take a look at Little Feat. They were another Blues Rock band that had some pretty big success as well. In fact, there was a little crossover in personnel between them and the Doobies. Some of the folks in Little Feat were inclined to follow the Doobies into the jazz-rock direction, but co-founder Lowell George refused to go along and it broke up the band.

Little Feat reformed in the late 80s after George had passed away, but the times had moved past them. I think that the Doobies, without Michael McDonald, would likely have suffered the same fate as Little Feat. LF has some fantastic music that is almost universally acclaimed (Jimmy Page of Led Zeppelin said LF was his favourite American band), but it sounds kind of dated now. Still good, but dated. The Doobies are still one of the top acts of the past 50 years.