I think he has a reputation for being an asshole and that makes people not want to like him. You see you can be a bad dude but if you do it the wrong way people just don’t want to like you. Look at Snoop Dog. He was hard but he did it in different ways so he gets respect rather than ridicule. Axl has done some good things but because of the “asshole” preconception, people will always see the negative or make up the negative. 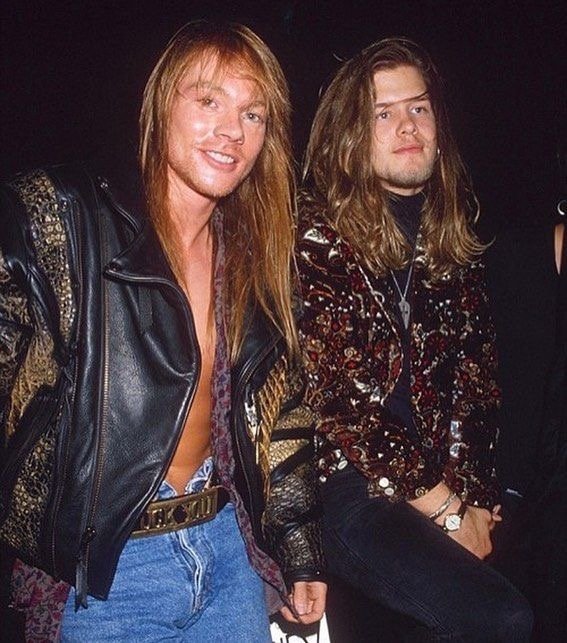 Shannon Hoon got his start in the music business by being a backup singer in GnR. Axl liked working with him so much he often called him an “unofficial” 5th member. Later on, Hoon moved on to become the lead singer for Blind Melon, and then as most of you know he died young after complications with drug use. Hoon’s death devastated Axl. Axl was the kind of guy who didn’t really need friends because he only cared about his business. For whatever reason, though he liked Hoon. Of course, when Axl didn’t go to the funeral the media and some fans spun it that he was “too important” to go but the real reason was he didn’t want to take the focus off of Hoon’s death. At that time Axl did show the media would have flocked to him and he didn’t want that for Hoon’s family.

What a lot of people don’t know is that Axl frequently visits Hoon’s grave and has for many years. The town where Hoon is buried gives Axl his privacy and they all know to let him be when he visits so he can pay respects to his friend in private. Would an asshole do that?