Indeed they did, or rather one Beatle offered.

According to Tom Jones, Paul McCartney penned the original track ” The Long And Winding Road” exclusively for him, but on one condition.

‘If you’re going to do it, it’s got to be your next single,” said Paul. 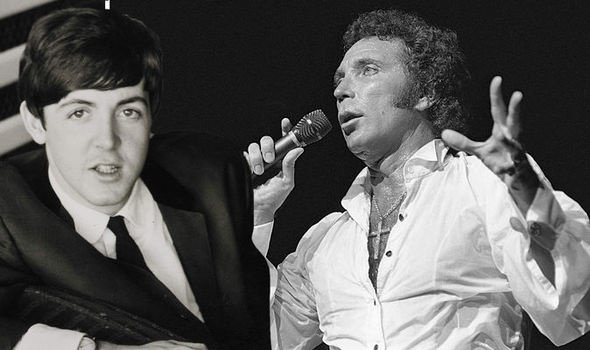 According to Jones he instantly jumped at the opportunity but also knew that his management team and record company might have problems complying with Pauls timeline.

“I already have a record coming out this Friday.” replied the still thrilled but slightly apprehensive young Welshman.

“You’ve already got a record, the publicity is all done, Decca [records] is chomping at the bit for you to get it out before Christmas. But if you really want to, we’ll stop the record. Just bear in mind that it’ll take at least a month in order to set up a recording session, and all that business.” his management told him.

“So they put it all on me, and I said, ‘Well, what do you think? Give me some feedback here. “And Peter said, ‘Well, Decca’s really on our backs.’ So in the end I turned Paul down and instead put a song out called “Without Love,” which was a big hit but I missed that bloody boat because the timing wasn’t right, you know?” said Jones

Tom broke the news to Paul shortly after speaking with his management, “I told Paul that.

“I said, “`’You were quite right to send me that one, it’s fantastic’ …and then I heard Ray Charles do it a bit later and I thought, ‘Damn, that’s exactly what I would have done with it’ but it was too late.”

On writing the song McCartney said.

“I just sat down at my piano in Scotland, started playing and came up with that song, imagining it was going to be done by someone like Ray Charles. It’s rather a sad song. I like writing sad songs, it’s a good bag to get into because you can actually acknowledge some deeper feelings of your own and put them in it. It’s a good vehicle, it saves having to go to a psychiatrist.”

…and The Beatles original

What is special about Brian May’s guitar?