MADONNA: Beatles expert Bill Harry told me this week: ‘George had hundreds and hundreds of affairs. Rather than just doing the swarm of typical groupies (though he seemed to have his fill of “Apple Scruffs” as well), his real attraction was for other men’s wives, and the spouses of friends in particular.

John Lennon was thought to be the next most sexually prolific Beatle with George after him. However, from my research, Paul was a real dog but was very careful to hide his escapades to not build a reputation.

And in their tell-all book The Love, You Make, two Beatles roadies, Peter Brown and Steven Gaines assert: ‘He wanted to seduce every woman he laid eyes on.’

Madonna was deeply unhappy with Sean Penn on the set of her 1986 film “Shanghai Surprise,” and said she found Harrison, who was executive producer of the film, ‘very understanding and sympathetic. George came to see the filming in Macau, and also met with Madonna a number of times in London before and after the production.

Having said all this, there is no direct evidence George and Madonna had an affair.

Among the many revelations in the book is that although uncredited, Stevie Nicks co-wrote “Here Comes The Moon” — Harrison’s 1979 sequel to his Abbey Road classic, “Here Comes The Sun.”

Nicks was interviewed for Behind The Locked Door and shed light on the one-off songwriting session in 1978 between the pair in Hawaii: “We were writing a sort of parody of ‘Here Comes The Sun.’ Peter Longhi was saying, ‘You guys are always writing about the moon instead of the sun,’ and Nicks said, that’s because we were all night birds. We just hung out and wrote and sang and talked. I had been famous for not even quite three years and we were talking with George about being famous and what it meant and you had to give up.”

If George was to have a fling, it would have been here, and there is no documented evidence.

If you garner reputations of Harrison’s taste for bedding women like some breathe, then the reputations of Madonna and Nicks, you can surmise what the potential would be. 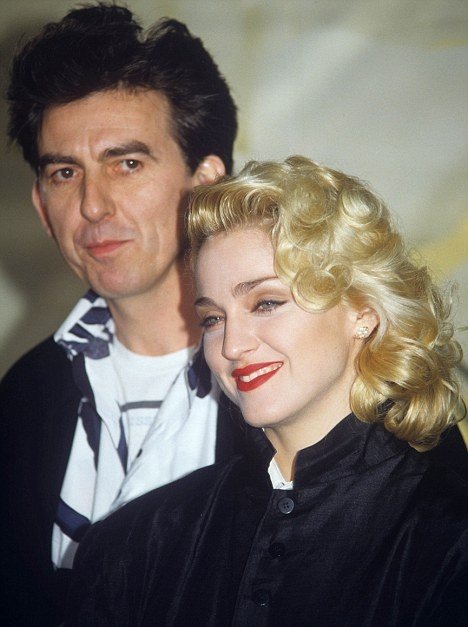 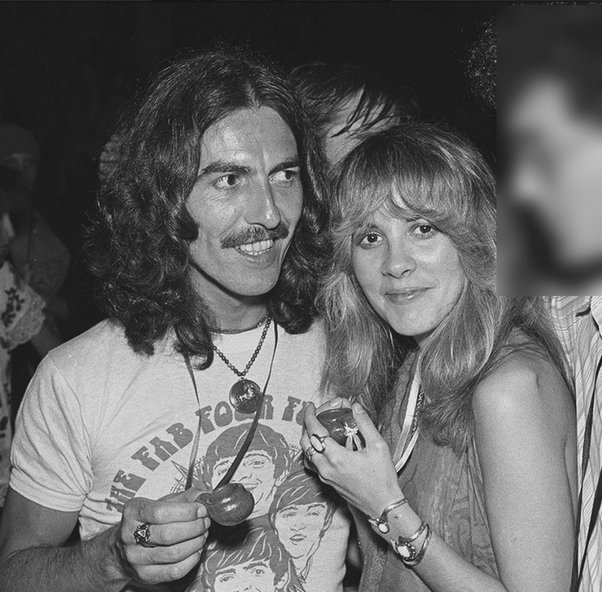