With The Traveling Wilburys, George Harrison had the chance to play in a band with his friends, who happened to be some of the most famous musicians in the world. It had been years since he played in The Beatles and he appreciated being in a band again. After all the fighting among the members of The Beatles, Harrison wanted to make sure he protected the relationships he had with Jeff Lynne, Roy Orbison, Tom Petty, and Bob Dylan. According to his wife, this was his main job in the band. 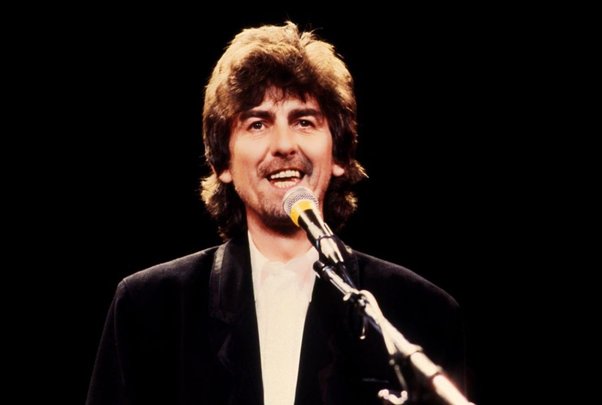 George Harrison was instrumental in the formation of The Traveling Wilburys

While Harrison was working on his album Cloud Nine, he needed to write and record one extra song, and fast. He asked Lynne for help at a dinner where Orbison was also present. They realized they could use Dylan’s home recording studio. Before heading there, they picked up a guitar from Petty, who wanted to join them.

“George, along with co-writer Jeff Lynne and their friends Bob Dylan, Tom Petty, and Roy Orbison, had been hanging out in Dylan’s studio,” record executive Mo Ostin wrote for the band’s official website. “I suppose George figured that as long as his pals were on hand, why not use them to knock off this flipside?”

“They chose their moniker after the nickname that Lynne and Harrison had for spooky goings on with studio equipment… In the studio, they captured magic: a whole history of r’n’r, country & pop, making the Wilburys a perfectly formed supergroup.” U Music. 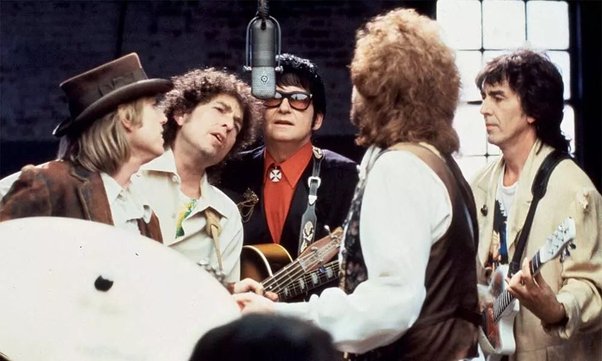 Harrison showed Ostin the finished product, and the executive urged him to turn the collaboration into a full album.

“We urged him on,” Ostin explained. “George felt the spontaneity of it, felt its driving force. He always had great instincts. Being as smart as he was he had a remarkable ability to pull people together.”

George Harrison protected the band’s friendships, according to his wife

The end of Harrison’s time with The Beatles was marred by frustration and bitterness. He likely didn’t want the same experience with the new band. Immediately, he made it clear that there was no room for egos in the band, even with legends like Dylan.

“At the end of the first day, he said, ‘We know that you’re Bob Dylan and everything, but we’re going to just treat you and talk to you like we would anybody else,’” Petty told Rolling Stone after Harrison’s death. “And Bob went, ‘Well great. Believe it or not, I’m in awe of you guys, and it’s the same for me.’ I said to George, ‘That is really amazing, how you said that to Bob.’ George goes, ‘I can say those sorts of things. But you can’t.’”

What are some funny stories about the Beatles?

Harrison didn’t want anyone to feel overshadowed, as he had in The Beatles. According to his wife Olivia, he thought his main role in the band was to “protect their friendship.”

“He liked to collaborate,” she told the Melbourne Herald Sun in 2007, per The Petty Archives. “He had a lot of years solo, and he didn’t always enjoy that.”

His approach worked because the band members all thought of Harrison as a friend. Petty said that Harrison immediately became one of his closest friends.

A low-key masterpiece, Volume One marks the auspicious debut of the Traveling Wilburys… one of the few rock supergroups actually deserving to be called either super or a group.”

on the Wilburys debut.

I think I needed a friend really badly,” Petty told Warren Zanes in the book Petty: The Biography. “My friendship with the band was a different kind of friendship. And it was frayed. I’d become very lonely. George came along, and we got so close; it was like we had known each other in some other life or something. We were pals within minutes of meeting each other.”