Why aren’t the Eagles higher on the greatest rock bands of all time?

Higher than what? Are you asking about where they are ranked on a specific list that claims to tell you where the Eagles rank among the greatest rock bands of all time? You might want to question the legitimacy of that list.

You might also want to question why you would care where the Eagles are on somebody’s list. Do you honestly think, even for a second, that the Eagles would care? 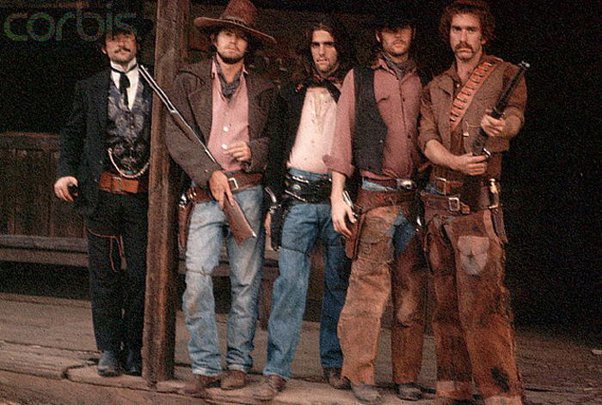 The Eagles are rock legends on such a high level that even if the only album they’d ever made had been Hotel California, they’d still be a legendary rock band.

I certainly wouldn’t advise a band to try to make a career out of only one album and then just incessantly touring, but if a band had to do that and they could choose any one album to do it with, Hotel California would be a pretty damn good album to choose!

Hotel California is certified 26x platinum in the U.S. alone. That’s a staggering achievement. It’s even more impressive in light of the fact that Rumours by Fleetwood Mac, and even more successful album, was released just two months after Hotel California!

It’s hard enough to get any of the spotlights in as competitive a field as the rock music business, but when a band like Fleetwood Mac releases their masterpiece just two months after you release yours, it makes it even more difficult. 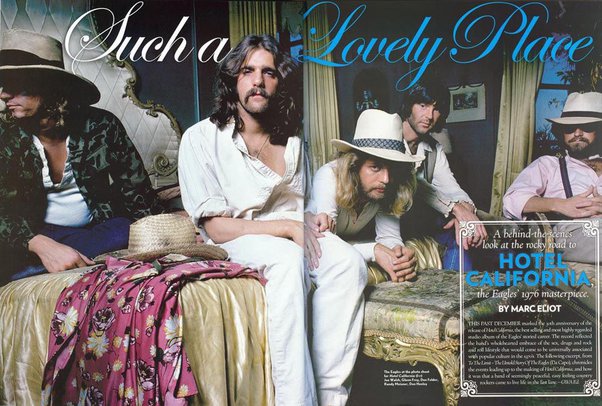 Any other year, Hotel California almost certainly would have won the Grammy for Album Of The Year, but it didn’t win that year. Rumors did. It just happened to be a spectacular year for rock and roll!

Just before Hotel California was made, The Eagles went through a lineup change. Guitar player and co-founder Bernie Leadon left the band. I don’t know for sure what Leadon’s reasons for leaving were, but I’ve gotta think he must have been kicking himself over that decision once he saw the heights of success the Eagles went on to reach with their next album after recruiting Guitarist Joe Walsh to replace Leadon.

What is the most overrated band or musical artist, and why do you feel that way?

What an amazing opportunity for Joe Walsh though! Can you imagine joining a band that’s about to make an album like Hotel California? Of course, Joe Walsh helped considerably. Without Joe Walsh, I say the Eagles never write Life in The Fast Lane. I can be fairly sure of that since Walsh was one of the three writers. Heh!

Bernie Leadon was very much into bluegrass and country music and played a big part in the Eagles initially having a very laid-back, country-influenced sound. While they still retained some of that after Leadon departed, Joe Walsh brought a more hard-driving rock vibe to the band. 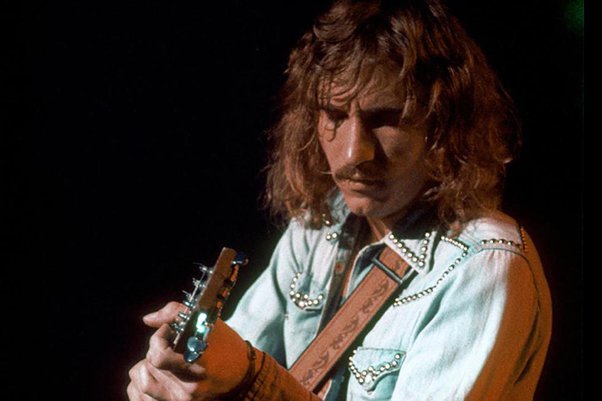 They had already had plenty of great songs that were mellow, country-influenced songs, but they hadn’t had a song like Life In The Fast Lane. Including Walsh in the band just gave that much more dynamics. They could still write country-tinged ballads with the best of them, but they could also write hard rocking songs with some badass guitar riffs now too!

I’ve read where some people say they don’t consider the Eagles a genuine rock band because they aren’t hard rock enough. That they’re too mellow. I’ve seen the same accusation leveled at Fleetwood Mac.

I can only imagine how much sleep the musicians in those bands must have lost after hearing that some people thought their music was too mellow to be considered rock! If they ever had trouble sleeping, it would have likely been over the effects of the substance written about it in Life In The Fast Lane. 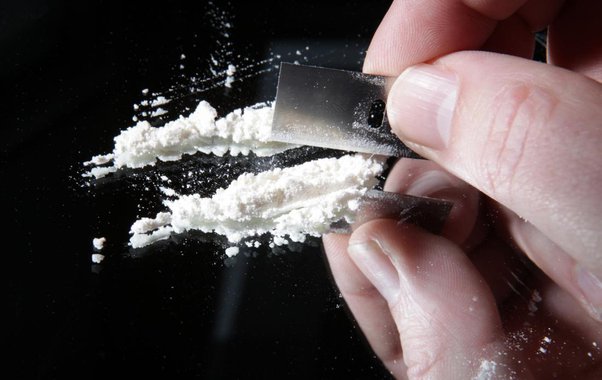 Anyway, I don’t see how anyone could listen to Life In The Fast Lane and say it doesn’t rock hard enough to be considered anything more than pop or country. Now, do the Eagles have a mellow sound in a lot of their music? Sure. So does Pink Floyd. And your point?

I used the album Hotel California to illustrate that if they’d never done anything else, they’d still be legends, but don’t think for a second that the Eagles didn’t have other great albums and great songs. The best proof of that is that prior to Hotel California, they released Their Greatest Hits (1971–1975). It is the best-selling album in the United States with 38 million sold.

Your rock band sells 38 million copies of one album in one country and you aren’t just rock stars anymore. You’re rock legends now. There ain’t no two ways about it. That album was a collection of the best songs from their first four albums. That’s all it was. Just four albums resulted in a greatest hits album that did those kinds of numbers. That’s just spectacular.

The album right before Their Greatest Hits was the album One Of These Nights. What an amazing album that was! The title track is one of my favorite Eagles songs. The bass is just perfect. The lyrics, the melodies, the harmonies. It’s just a great, great song.

I still can’t get over how perfect the bass lines to this song are.

Listen up. If you know anything about me, you know I spent most of my life listening to and playing heavy metal. There’s nobody who likes hard-driving, heavy rock better than me.

Here’s the deal: You just cannot go through life listening to only one type of music over and over and never have any variety!

Variety is good! You can listen to a song like Desperado, from the album of the same name, and tell that the Eagles have some significant country influences. I don’t know why that should be a problem for anyone. Do you think Lynyrd Skynyrd didn’t have country influences? Ronnie Van Zant was heavily influenced by Merle Haggard!

I think it’s great that we’ve got bands like AC/DC and bands like Metallica. They fulfill certain needs. The Eagles also fulfill a certain need. I’ll tell you right now, as much as I love hard rock and metal music, if I’m having a romantic night with my girlfriend, I’m gonna be a lot more inclined to put One Of These Nights on than Master Of Puppets!

Your life is going to be very one-dimensional if you don’t listen to different styles of music for different moods. How could you always be in the same mood all day long, every day? That would be kind of like having a car that never changes gears.

Always being in the same gear is no way to go through life. Trust me on that.

I’m gonna leave you with this:

Your emotional response to those very specific things serves to form something like a fingerprint for your soul.

The Eagles made music that resonated with me and in doing so, became a big, big part of my “soul fingerprint.” They didn’t just do that for me. They did it for millions and millions of people who love rock music. That’s why the Eagles are one of the greatest, most beloved rock bands there have ever been.

Adele Shares Video for New Song “Easy on Me”: Watch

How Dwayne Johnson Made His Long-Awaited Rap Debut: ‘This Music Speaks to Me’