What “One Hit Wonder” actually has several good songs/albums?

In the States, The Sweet, or just Sweet, we’re considered a one or two hit wonder (depending on who’s opinion) back in the 70’s, but had a slew of hits in the UK and Europe.

The reason is because early on in their career they were more or less under the control of the writing and producing team of Chinn/Chapman who tried to fashion the group into a bubble gum pop act. It wasn’t until they wrote Fox on the Run when they proved they could indeed stand on their own.

Check out Desolation Boulevard, Sweet Fanny Adams, Off Record, Give Us A Wink. You will definitely be surprised. The songs hold up very well some forty plus years on. They still maintained a pop essence, but also stretched into hard rock and even what some would consider borderline metal.

Many bands cited them as a major influence and have covered their songs, or sampled them; Def Leppard, Motley Crue (the main riff of Kickstart My Heart is the riff of Hellraiser), Poison, Saxon, Heathen, Pat Benatar, Krokus, Beastie Boys, Public Enemy, My Chemical Romance, to name a few.

You’ve probably even heard them on movie soundtracks such as Wayne’s World, Suicide Squad, Guardians of the Galaxy.

Sadly, only guitarist Andy Scott is the sole survivor of the original lineup, but he has a revamped version of the band and is still touring and producing music. At 70 years old he shows no signs of slowing down. 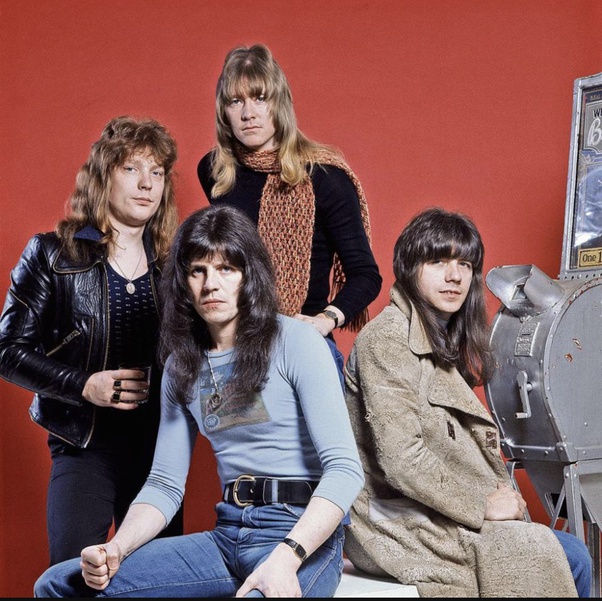 Who are some great rock bassists that are often overlooked and not very mentioned in the lists of the greatest?

Who is the better pianist out of Freddie Mercury and Elton John?