By Austin – Huge fan of philosophy and history:-

The great things about Eric Clapton are Influence and Importance.

I have searched this answer for many years in my youth. I never liked Eric Clapton that much. I didn’t liked his best solos and his guitar playing. But when I dug deeper into his early appearances in music I found out that he was very important and influential towards other guitarists of his time. You may like him to death, not like him at all or just like him average. It depends on you.

As early could be traced Eric Clapton with The Yardbirds, 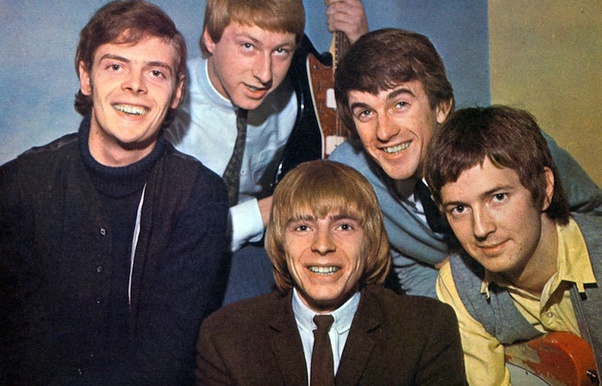 See Eric Clapton. He was very young at that time. He was only 18 when he was with Yardbirds. His first step towards his career. Jeff Beck was there at his time and he also contributed to the band’s guitar playing.

Eric Clapton was a great guitar player driven from blues and rock n’ roll. Especially for lead guitar. So, was Jeff Beck. Yardbirds was a big hit and one of the major bands of mid 60s in England. But Eric Clapton didn’t stayed there long. He left and soon he started to work with John Mayall’s Bluesbreaker. 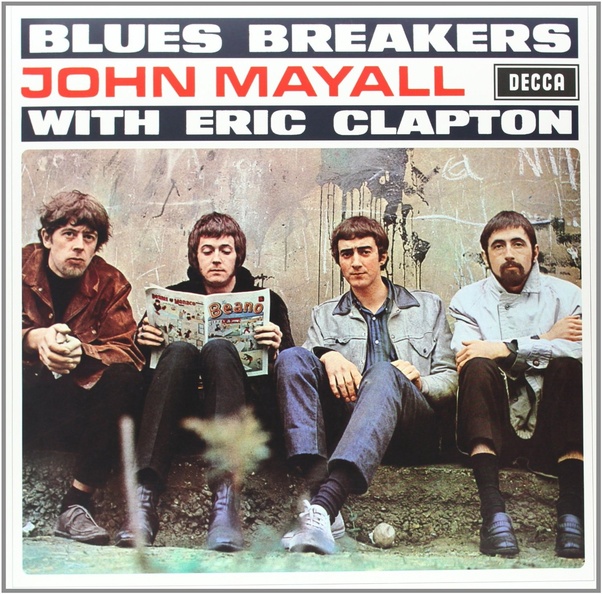 His biggest step towards his career. Bluesbreaker was one of the greatest bands at that time for blues. There Eric Clapton rose and helped rising Bluesbreaker. Clapton experimented with his guitar, amps and distortion. There he went beast with his Les Paul. His songs like this,

Showed his ability for playing solos. Guitar solos were there before him. Many guitarists used to play solos, Songs like “You Really Got Me” had great guitar solos. George Harrison is also a good soloist. But Eric Clapton was very good and important for playing blues guitar solos. At his time. There were very few guitarists like him. I won’t say he was very unique and only one who could play guitar solos at that time. But he was a big hit and that made him popular and influence towards other guitarists. He had great techniques like fluent vibratos and pedal uses. And soon he was referred as God, 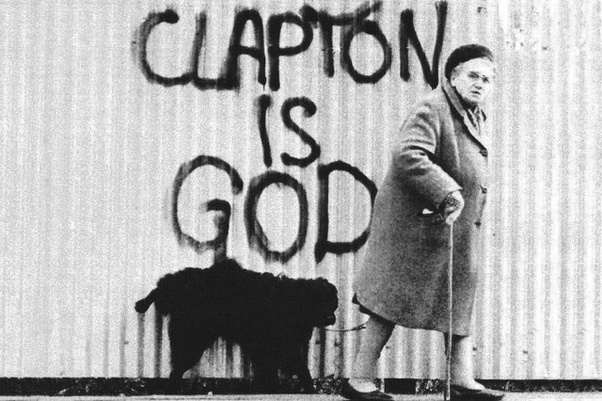 One of the biggest reasons why he became popular and successful solo guitarist is because of his blues playing. Blues of his time was the most popular for young guitarist. Everyone was inspired by blues playing. Because of the blues reputation for black musicians created in 50s. 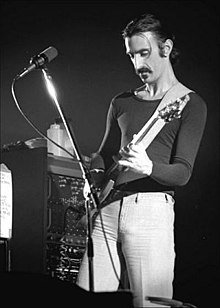 Who was also a great guitarist. But he isn’t very famous because of his complex style. I mean yes, he is famous. But not like many other guitarists. Otherwise he was a very technical guitar player. And he came little bit later Clapton.

And when he became famous he joined Cream, 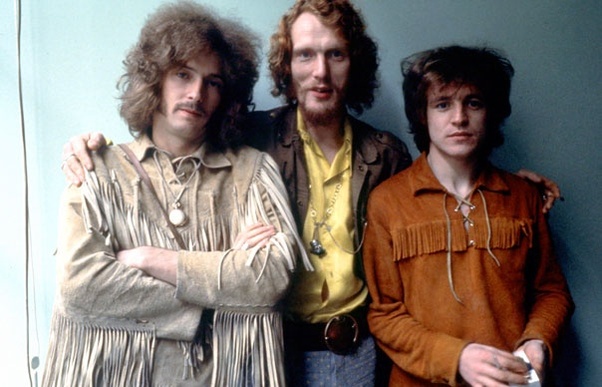 And there he showed his another style of playing, psychedelic rock. Where he used wah pedal and made popular. His biggest influence for playing psychedelic rock was Jimi Hendrix.

While he was a blues player before 1966 and after 1966 he diverted towards psych rock. And he also followed Hendrix’s appearances. 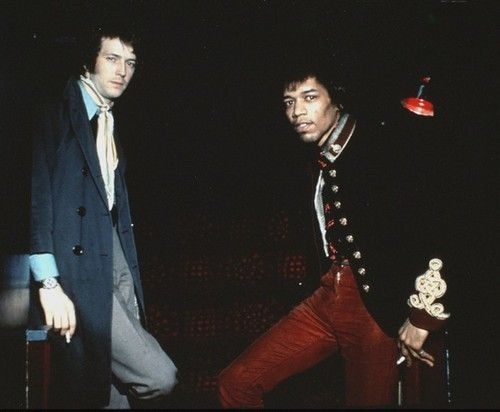 Was The Doors’ Jim Morrison considered as the American answer to Syd Barret? 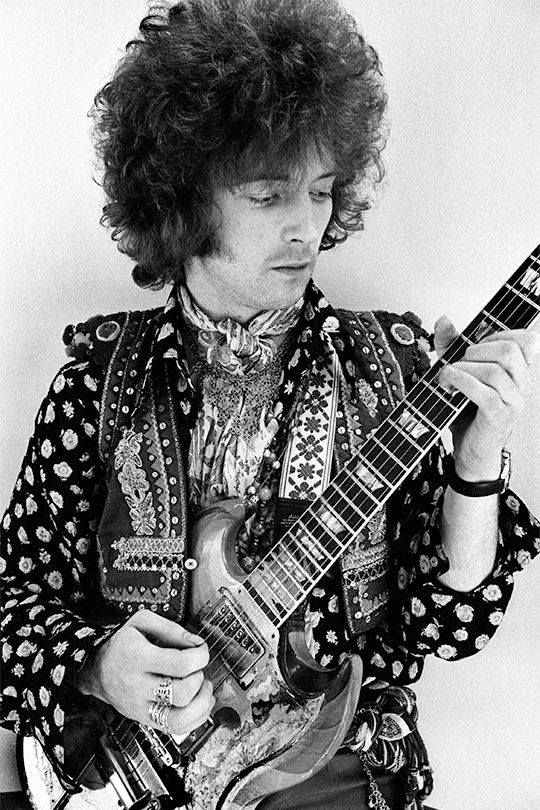 His hairstyle was different, he wore so many rings his dress-up had changed a lot. Hendrix influenced him a lot more than just guitar playing.

And when he was with Cream his guitar playing continuously grew. Especially heavy type of rock. Hard rock, psych rock.

And at the same time he met guitarists like Duane Allman 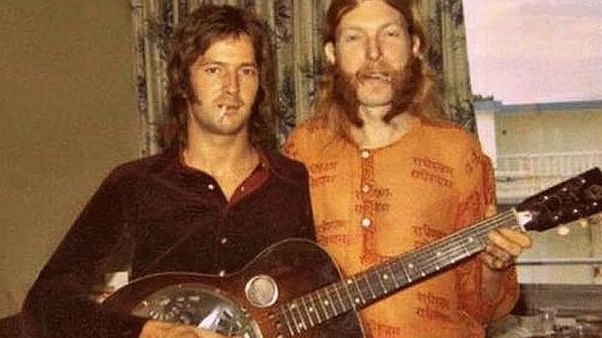 And then he went towards’ more blues than his late 60s psych rock. Where he also played slide guitar. And his playing style continuously became slow, light, more bluesy. And he became one of the favorite guitarist of die-hard blues fans.

And he could play guitar solos for so long with slow style. With used of pedals. Kinda reminds me of BB King. Clapton used to be a fast guitarist in the 60s. (Although slow-hand term was invented in 60s). And he became one of those guitarists who didn’t missed much notes, meaning he wasn’t sloppy like Page or Hendrix.

Thus his career got expanded, and he kinda remained same and consistence since 70s.

So, there you go. Eric Clapton had a lot of history of playing the guitar. His different style, his different genres. He met with different people. Changed his playing style over the years.

Some love Clapton for his ability to play the guitar in pure blues ways. The post-60s era. Types of people who love blues.

There are some people who love him because of his early influence. His 60s psych rock era. Pre-70s.

I like more of his guitar playing in the 60s and 70s. As for his pure blues, I am not that much of a fan. I like other guitar players like Mark Knopfler, BB King, Buddy Guy etc for the long, slow, well put blues solos.

The fact is you might like him or find him overrated. Whether you like his guitar playing style is totally based on personal taste and opinion. But his importance and influence, especially for lead guitar remains legendary and that makes him great.