For what it’s worth, Boy George. I won’t bother researching the details for you. You can look them up. But he and his band, Culture Club, was the most popular new-wave-type act for a year or two, dominating the charts on both sides of the Atlantic.

He wrote catchy songs, and he had a kind of cross-dressing, blue-eyed soul vibe. Then his band broke up, and he disappeared, essentially never to be heard of again (although that’s not quite true, as he has had a solo career since then).

Culprits were too much hype, drug addiction and problems with his band, including a wrongful death suit. Essentially, he was just a fleeting creature of his time – the early 80s “New Romantic” scene. 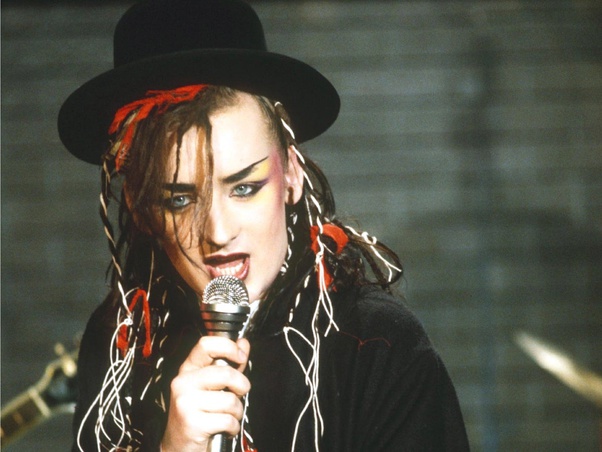 At his peak, my girlfriend said “if you could buy stock in Boy George, I would.” Good thing she could not.

When you bend a string on a guitar, how many semitones generally is the pitch varying?

Which musicians have greatly changed their appearance as they went from one band to their next?