What is the rift between Mark Knoffler and his former band Dire Straits?

Keith Thompson
He didn’t even show up when they were inducted into the RnR HOF.

I don’t think there’s a rift between Mark Knopfler and Dire Straits, it’s just that Dire Straits is a part of Mark Knopfler’s past and he’s more interested in doing what he’s doing now. He has a solo career and is still putting out very good albums, but they are NOT Dire Straits albums as his sound and influences have changed. He’s recently stated that he doesn’t really like most of the Dire Straits material now and he certainly doesn’t play much of it in concert anymore.

It’s worth noting that only Mark Knopfler and bassist John Illsley were members of Dire Straits through the existence of the band and Illsley’s main influence wasn’t his bass playing but in keeping up with the band’s finances and organization, something that Illsley himself has discussed. The band members who stayed had incredible drive to make the band successful and I think once they became the biggest band in the world, the pressure got too big and the band folded in order for the individuals to preserve their sanity. In Mark’s solo career, he’s been able to play with numerous very good musicians (including keyboardist Guy Fletcher who has been a part of every Mark Knopfler project since “Brothers in Arms”) but the solo career has flown more under the radar and more according to his terms.

As for the Hall of Fame…I have no answer. 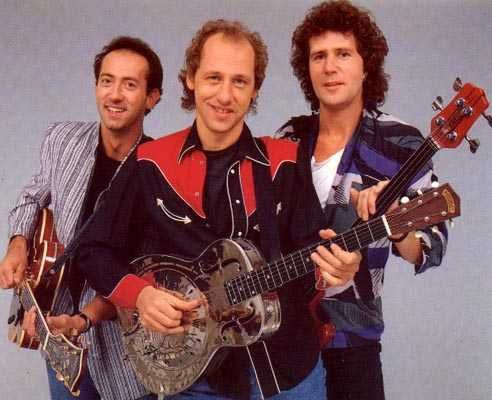 If you could create a super-group made up of musicians from any era, past or present, who’s in your band?