In his own words. “My vertebrae have been crushing my spinal cord because of the position I drum in. It comes from years of playing. I can’t even hold the sticks properly without it being painful. Don’t worry, I can still sing.”

Speaking of Phil Collins, I just heard a funny story on the radio concerning Phil and George Harrison.

When Phil was eighteen he was asked to play congas on a track George Harrison was recording on his album, All Things Must Pass. At the time Collins was in Flaming Youth – a British rock band from the ‘60s – when their manager got a call from Ringo Starr’s chauffeur who was looking for a percussionist, and Collins was put forward for the job. Phil was ecstatic. To be on a record with one of his heroes? Hell yes.

Nervous as hell, Phil played congas on the track. Ringo played drums. Collins was so nervous, he was borrowing cigarettes from Ringo and he didn’t even smoke.

When the LP came out, no congas. Phil was heartbroken. They had been taken off the track. Why, he wondered.

Later, when he was famous, Phil asked George about the missing congas on the recording. This was in 2001 shortly before George’s death. George said he couldn’t remember but he had the master of the recording and he’d send it to Phil.

When Phil received it, he played it. He was appalled. The conga playing was terrible. Off time, too loud, sloppy. To make matters worse, at the end of the recording, George is heard saying, “Get rid of the kid on the congas, he’s crap.” Phil was devastated.

He called George and said, “Did you play this before you sent it to me?” George said he didn’t. Phil told him what he had heard. George apologized profusely, then started laughing like crazy.

It was all a prank. George got some musicians together and told conga player Ray Cooper to play really bad on purpose. So Phil wasn’t listening to himself play congas but Ray playing them terribly. Phil was pranked good by George, ‘the quiet Beatle.’

Why were the congas not on the recording?

Despite two hours of Collins’ enthusiastic conga contributions, it was all seemingly a wasted effort when Phil Spector asked the congas to be played – and everyone realized Collins’ microphone had been turned off for the entire two hours he’d just been playing. 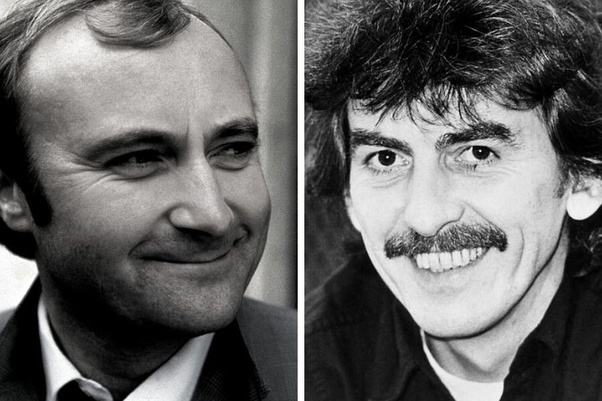