Are any members of the 60s group The Swinging Blue Jeans still alive?

Les Braid is the only Blue Jean who has passed away.

I just loved these guys. They were just tough sounding rock and roll plain and simple. What a sound!

At first, I actually thought these were American boys from the South. They sounded like Americans and they wore blue jeans. Ray Ennis belted out songs in more of an American voice than British and man what a voice. I’d put him up there with Mike Smith of The Dave Clark Five, and that’s HIGH! I was actually shocked when I found out they were British.

Now, I loved their drummer on the hit records, Good Golly Miss Molly and Hippy Hippy Shake. In those days some bands used session musicians, some didn’t. I’m not sure if this is the great Bobby Graham, primo British session musician who actually drummed on some of the Kinks records, Dave Clark Five and many more.

Astounding bit of trivia. Brian Epstein asked Graham if he wanted to join The Beatles when Pete Best was ousted. Bobby turned him down saying The Beatles had no hits and he had a wife and child at home. Ouch! Well, we love Ringo anyway don’t we?

So I am actually hoping it’s not Graham on the records but good old Norman Kuhlke. THAT GUY WAS ALL OVER THE PLACE! Terrific down beat, rolls galore , great sounding drums, Ludwig of course, and just rock solid. Plus, he had one of the best sounding crash cymbals around. I’d love to know the weight of that cymbal and I’d love to know what model of snare he used. It looks like a Ludwig Supersensitive in the photo.

They returned, changed some members and tried another go, slowly changing more members. They are still going today with no original members.

BUT, they sure left some great songs. Listen to these drums with the half open hi hats, solid snare and rolls galore. I’m saying it’s Norman and Norman gets my drummer salute today. SALUTE TO NORM! Hold those sticks high! 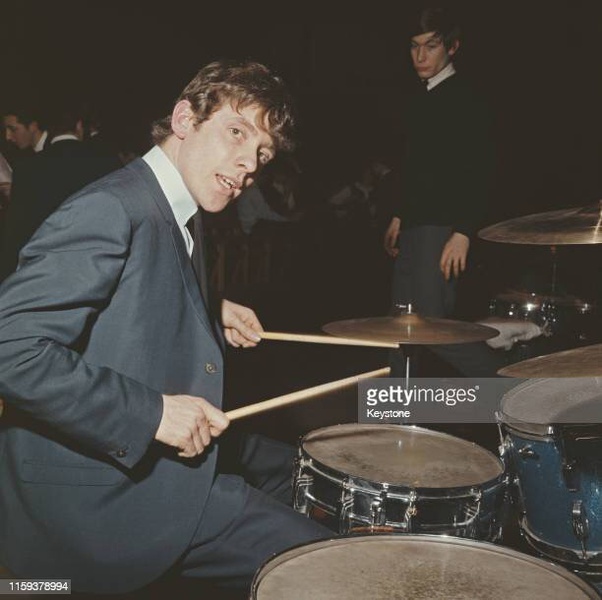 Norman Kuhlke above it looks like Charlie Watts standing in the back. Charlie has recently bought a drum kit of the great Gene Krupa to add to his vast drum collection. Original set owned by Krupa. Wow. 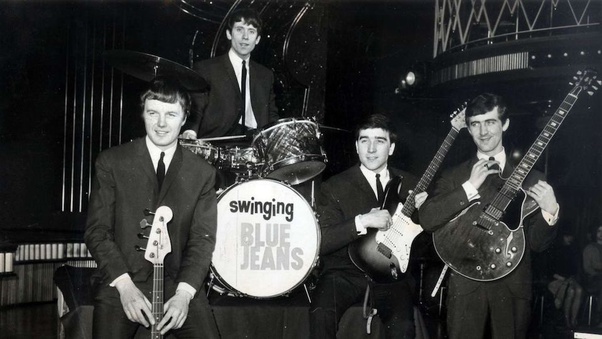 Above Good Golly Miss Molly by The Swinging Blue Jeans. Thanks You Tube.

Why didn’t Paul McCartney play in The Concert for Bangladesh?